Susan Ware is the editor of Notable American Women: Completing the Twentieth Century at the Radcliffe Institute for Advanced Study, Harvard University. She is the author of Still Missing: Amelia Earhart and the Search for Modern Feminism and Letter to the 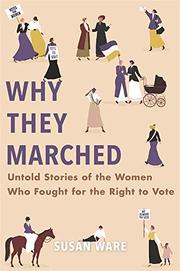 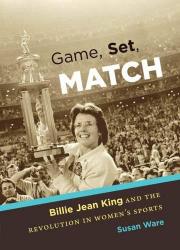 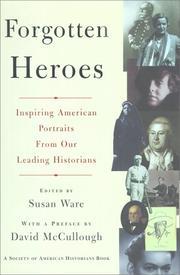 BIOGRAPHY & MEMOIR
Released: Sept. 24, 1998
FORGOTTEN HEROES: INSPIRING AMERICAN PORTRAITS FROM OUR LEADING HISTORIANS
edited by Susan Ware
BIOGRAPHY & MEMOIR
Released: Sept. 24, 1998
FORGOTTEN HEROES: INSPIRING AMERICAN PORTRAITS FROM OUR LEADING HISTORIANS
edited by Susan Ware
A collection of 35 essays by members of the Society of American Historians that help to restore the heroic figure's just proportions for the benefit of our too-cynical age. Ware (History/Radcliffe Coll., Still Missing: Amelia Earhart and the Search for Modern Feminism, 1993) defines a hero as anyone who leads by courageous example. For instance, we read in Tom Wicker's contribution, —Henry Knox's Wilderness Epic,— about the incredible 1775—76 journey of Knox, who dragged tons of captured British artillery overland and across rivers, exhorted his worn men from Fort Ticonderoga to Boston, and eventually caused the British army to evacuate the city. Also chronicled are the doings of religious martyrs and former slaves, suffragists, publishers, and other reformers. Of equal note are the seemingly much less zingy backroom labors of librarian J.C.M. Hanson, who standardized cataloguing practices at the Library of Congress and the University of Chicago library. Observes his present-day champion, contributing essayist Neil Harris, who teaches history at Chicago, —Librarians of the day regarded issues like the proper entry of a British nobleman's name or the capitalization of common nouns in German —as something on which their consciences would permit no compromise.— But Hanson was able to encourage harmony.— Also unexpected is Stephen Jay Gould's account of the extraordinary Ohio-born deaf baseball player William Ellsworth —Dummy— Hoy (1862—961): though no more than five feet five inches tall, Hoy was a great center-fielder who slipped into the game by chance after a brief career as a cobbler. One of Hoy's more minor yet still ingenious accomplishments: the invention of a —unique doorbell arrangement— involving a knob, pulled by the caller, that —released a lead ball which rolled down a wooden chute and then fell off onto the floor with a thud. When it hit the floor [inside, Hoy and his wife] felt vibrations through their feet, and they knew somebody was at the door.— Unlikely heroes may be the best kind. Read full book review > 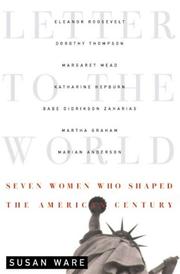 BIOGRAPHY & MEMOIR
Released: July 1, 1998
LETTER TO THE WORLD: SEVEN WOMEN WHO SHAPED THE AMERICAN CENTURY
by Susan Ware
BIOGRAPHY & MEMOIR
Released: July 1, 1998
LETTER TO THE WORLD: SEVEN WOMEN WHO SHAPED THE AMERICAN CENTURY
by Susan Ware
Profiles of a handful of women who have influenced American culture and politics. Ware (Still Missing: Amelia Earhart and the Search for Modern Feminism, 1993) starts her book with an ambitious premise. Drawing on the lives of seven outsize leaders in the realms of politics, journalism, anthropology, acting, sports, dance, and music, she sets out to explicate the often difficult relations between private and public faced by American women. Though well-trod territory, the subject is perennially fascinating. However, the way she chooses to present these women—Eleanor Roosevelt, Dorothy Thompson, Margaret Mead, Katharine Hepburn, Babe Didrikson Zaharias, Martha Graham, and Marian Anderson—presupposes an intimate knowledge of them not necessarily shared by the reader. She puts out a casting call for "strong, independent characters"—a device that lends a chummy tone to the book that doesn—t necessarily make up for lack of documentation. As she launches into each profile, she explores these women's professional lives as well as their personal relationships, and therein lies the problem. With the exception of Dorothy Thompson, substantial biographies have already been devoted to Ware's subjects. Therefore, one cannot escape the feeling that more nuanced portraits of these women can be found elsewhere. By trying to place them under a larger canopy, Ware corners herself into writing synopses of the women's lives: Eleanor Roosevelt had "a need to love and to be loved"; Dorothy Thompson "worked hard to make it as a woman in a man's world"; Martha Graham had a "primal fear of being outside the limelight," etc. The result is a few illuminating anecdotes, a brief analysis from the author on the psyches of her subjects, and an explanation of why these women were important. What is missing is the continuous thread that can tie all these women together, and the lesson women in America today can take from these pioneers. It's not for lack of material that Ware fails to deliver what she promises. Read full book review > 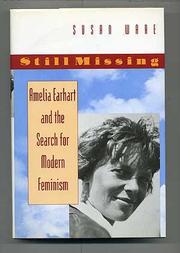 BIOGRAPHY & MEMOIR
Released: Nov. 8, 1993
STILL MISSING: AMELIA EARHART AND THE SEARCH FOR MODERN FEMINISM
by Susan Ware
BIOGRAPHY & MEMOIR
Released: Nov. 8, 1993
STILL MISSING: AMELIA EARHART AND THE SEARCH FOR MODERN FEMINISM
by Susan Ware
A well-argued case that gives feminist substance to Amelia Earhart's firm place in the national pantheon. Ware (Modern American Women, 1989, etc.—not reviewed) contends that, in her roles as aviator, teacher, author, wife, and media personality, Earhart personified the ill-defined feminism of the 1920's and 30's. As she sketches the familiar Earhart saga- -illuminated by the two transatlantic flights that made her a national heroine—Ware places it firmly in the context of the era, when the organized struggle for women's equality had given way to what she calls ``liberal feminism,'' the celebration of individual achievement. In the nine years between Earhart's first transatlantic flight, in 1928 (on which she was a passenger, not the pilot), and her disappearance nine years later somewhere in the Pacific, Earhart often made the annual lists of the ten or fifty or one hundred most-achieving women, along with her friend Eleanor Roosevelt. What gave Earhart credibility wasn't only her courage and daring but her campaign to encourage women to step away from traditional pursuits and spread their wings. They could do what she'd done, literally or figuratively—so ran her message in speeches, newsreels, magazines, books, and a column for Cosmopolitan. Ware suggests that, as credible as Earhart's achievements were, she was also—thanks in great part to the marketing efforts of her husband—a forerunner of today's media personality; but the author's attempt to equate Earhart's boyish appeal with the mysterious sexuality of Garbo and Dietrich is unconvincing. What happened over the Pacific? No solutions are offered here, only a debunking of the rumor that Earhart's Pacific flight was really a spy mission—a notion, Ware says, that surfaced in the wake of a Rosalind Russell movie loosely inspired by the aviator's career. Strong in discussing Earhart as an advocate for women's equality, weaker in establishing her as an icon of popular culture. (Photographs—not seen) Read full book review >