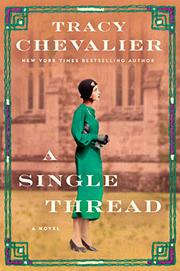 FICTION & LITERATURE
Released: Sept. 17, 2019
Reviewed: July 1, 2019
A SINGLE THREAD
by Tracy Chevalier
FICTION & LITERATURE
Released: Sept. 17, 2019
A SINGLE THREAD
by Tracy Chevalier
"A compelling portrait of women not lost but thriving against the odds."
It's been 14 years since the Great War ended, and Violet Speedwell is still grieving the loss of her brother and her fiance. A daring move—living on her own—will bring her a chance to breathe and love again. Read full book review > 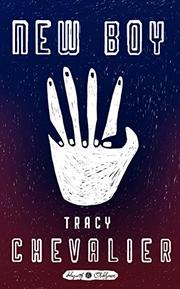 FICTION & LITERATURE
Released: May 16, 2017
Reviewed: March 7, 2017
NEW BOY
by Tracy Chevalier
FICTION & LITERATURE
Released: May 16, 2017
NEW BOY
by Tracy Chevalier
"This follow-the-plot-dots modernization unfortunately falls flat due to Chevalier's heavy-handedness in turning Othello into a polemic on the evils of American racism and her awkward shoehorning of tween angst into Shakespearian tragedy."
As her contribution to the Hogarth Shakespeare series of contemporary retellings of the Bard's works, Chevalier (At the Edge of the Orchard, 2016, etc.) turns Othello into the story of a disastrous chain of events that follows a black student's arrival at a white elementary school in suburban Washington, D.C. Read full book review > 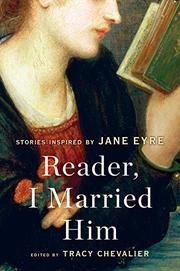 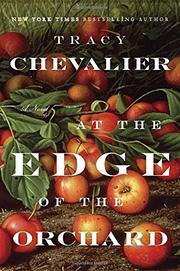 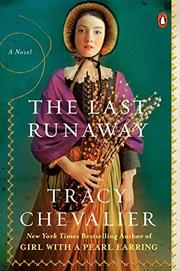 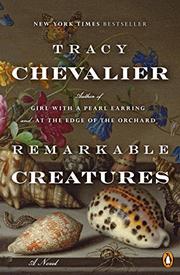 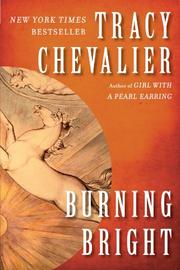 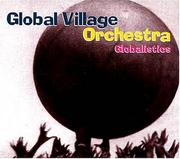 THE LADY AND THE UNICORN
by Tracy Chevalier
FICTION & LITERATURE
Released: Jan. 1, 2004

THE LADY AND THE UNICORN
by Tracy Chevalier
"Marvelously imagined and sharply constructed, with a good feel for the people and the era: a fascinating portrait of the intersection of life and art."
A delightful historical imagines the creation of the most famous medieval tapestries ever woven. Read full book review > 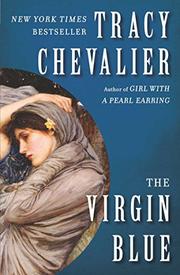 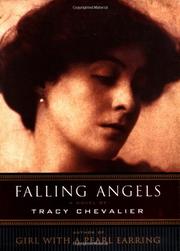 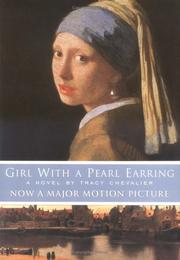 FICTION & LITERATURE
Released: Jan. 3, 2000
GIRL WITH A PEARL EARRING
by Tracy Chevalier
FICTION & LITERATURE
Released: Jan. 3, 2000
GIRL WITH A PEARL EARRING
by Tracy Chevalier
England-based Chevalier's first US appearance is another novel based on a painting of Vermeer (see Susan Vreeland's Girl in Hyacinth Blue, p. 998). The tale this time is told—alluringly indeed—by the housemaid who sat as model for the painting in question. Griet is only 16, in 1664, when she's hired as a maid in the grand Delft household of Johannes Vermeer, who practices the Catholic faith and has a family consisting of wife, mother-in-law, cook, and 5 children (by story's end there will be 11). Griet's own faith is Protestant, and her humble family has been made even poorer since her father, a tile-painter, had an accident that left him blind. Hard-working and sweet-tempered Griet is taken on, then, partly as an act of charity, but the austere and famous painter is struck by her sensitive eye for color and balance, and after a time he asks her to grind paints for him in his attic studio—and perhaps begins falling in love with her, as she certainly does with him. Let there be no question, however, of anything remotely akin to declared romance, the maid's station being far, far below the eminent painter's, not to mention that his bitterly jealous wife Catharine remains sharply resentful of any least privilege extended to Griet—a complication that Vermeer resolves simply through intensified secrecy. There's a limit, though, to how much hiding can be done in a single house however large, and when Griet begins sitting for Vermeer (his patron, the lecherous Ruijven, who has eyes—and hands—for Griet, brings it about), suspicions rise. That's as nothing, though, to the storm that sweeps the house and all but brings about Griet's very ruin when Catharine discovers that the base-born maid has committed the thieving travesty of wearing her pearl earrings. Courageous Griet, though, proves herself a survivor in this tenderhearted and sharp-eyed ramble through daily life—and high art—in 17th-century Delft. Another small and Vermeer-inspired treasure. Read full book review >