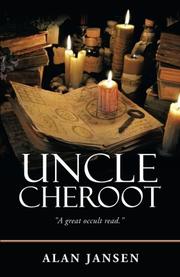 A supernatural novel sees a family of English farmers benefit from the visits of an eccentric uncle.

During the 1950s and ’60s, Turtle Southton grows up near the English village of Thrushwood with her parents; younger brother, Ben; and, occasionally, her visiting Uncle Cheroot. In 1954, the charming and well-heeled Cheroot arrives, and on the initial night of his stay, Turtle witnesses him making love to her mother, Julia. It’s also Christmas, and so Cheroot showers the Southtons with gifts. Stranger, though, is when he seems to speak with Gobble, the turkey they’d planned to slaughter for dinner. Cheroot insists that they spare the bird so that he might provide another. Over the years, Turtle realizes that her hardworking, taciturn father, Jim, seems relieved by Cheroot’s visits and attentions to Julia. Cheroot appears not to age, and Turtle even catches him at one point with a red amulet pressed to his lips. Despite these oddities, Cheroot is an indispensable friend, interceding on behalf of the Southtons and other village underdogs against the greedy banker Mr. Blenkinsop and the conniving Lady Janet De Court Plutney. Years later, Turtle finds Cheroot’s diaries and confirmation that he was a nearly immortal Druid with vampiric powers. In this unconventional fantasy, Jansen (One Flew Over the Banyan Tree, 2015) details quaint, slice-of-life events by merging Turtle’s first-person narrative with Cheroot’s surreal journal entries. The titular character’s charisma and ability to sway the odds in his favor trace back to Merlin himself, while a mysterious bloodstone gives him “blood to drink” so that he doesn’t have “to prey on humans or animals.” Cheroot’s only true weakness is women, and with dark whimsy, the author describes “an animal-like quality” in Lady Janet’s “bent legs and thick thighs.” Turtle’s framing narrative creates the overarching mystery of how she gained some of Cheroot’s powers. Jansen, however, only offers mild adventures in detailing Cheroot’s origin. The natural deaths of Turtle’s mother and dog, Inky, provide the emotional crests of the narrative.

A gently fantastic exploration of a vampiric creature’s human side.