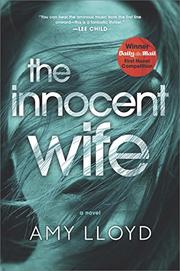 A lonely British schoolteacher falls for an American man incarcerated for the murder of a young woman. What could possibly go wrong?

Samantha, 31, is still reeling from a bad breakup when she discovers Framing the Truth: The Murder of Holly Michaels, an 18-year-old true-crime documentary about the killing of a young girl by then-18-year-old Dennis Danson, aka the suspected Red River Killer, who’s still on death row in Florida’s Altoona Prison. Sam writes to Dennis, and soon they’re declaring their love for each other. Sam flies to the U.S. to meet him, and although they’re separated by plexiglass, she knows that she’s found the love of her life. The chirpy Carrie, who co-produced and directed the first documentary, is Sam’s guide while she’s there, and Sam accompanies her while they film a new series about Dennis, A Boy from Red River. Sam and Dennis quickly marry when new evidence comes to light and Dennis is exonerated and released. Amid a whirlwind of talk shows, celebrity attention, and the new series premiere, married life isn’t quite what Sam had hoped for: intimacy is nonexistent, the already self-loathing Sam feels unloved and unwanted, and the appearance of Dennis’ clingy childhood friend Lindsay Durst sends Sam into a jealous fit. After Dennis’ father dies, they move into Dennis’ childhood home, and Sam begins to suspect he may be hiding something. After all, what actually happened to all those other missing girls? Refreshingly, Lloyd seems absolutely unconcerned with whether or not her characters are likable, and although a few British sayings ("round," “in hospital”) make their way into the dialogue of the American characters, her research into the aftereffects of long incarceration is obvious, and her portrait of an emotionally damaged woman feels spot-on.

A grim and unbearably tense debut chiller with an unexpected and utterly fitting finale.

IN A DARK, DARK WOOD
by Ruth Ware
Fiction

I SEE YOU
by Clare Mackintosh
Fiction