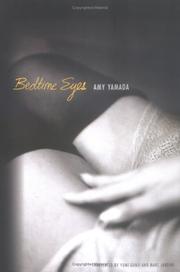 The title story involves a love affair between Kim, a young exotic dancer, and Spoon, a black Navy deserter. Nicknamed for the spoon he fingers in his pocket, he deals drugs and eventually gets hauled away by the military for trying to sell confidential documents. Part of Spoon’s attraction to Kim is his strange otherness: his huge size, musky smell, greasy soul-food diet and disgusting manners. She enjoys being a “bad girl” and mixing pleasure with pain when they have rough sex, which must mean love. Yamada’s descriptions are comically hackneyed and devoid of irony, perhaps a function of the translation (e.g., “it was far more difficult to lick his wounds than to suck his cock”; “I cried and moaned as if I were at death’s door”). The next story, “The Piano Player’s Fingers,” follows a similar, intentionally provocative path as it describes an affair between big, black jazz piano player Leroy Jones and diminutive party girl Ruiko, who’s not as vulnerable as she looks. Leroy rapturously bats her around, disappears for two years, then returns in the company of various beautiful women, to Ruiko’s obsessive jealousy. For a short while, the two resume their dangerous coupling, but it ends badly. The language is silly (“Leroy’s fingers, playing my body, had captured my heart”), the characters undeveloped and stereotypical. “Jesse” deviates from the other stories, which were related by naïve-sounding protagonists with little sense of self-worth. A third-person narration shows Coco, the new girlfriend of a divorced American, trying to win the affection and respect of Rick’s 11-year-old son, Jesse, whose mother is also Japanese. Over a period of ten days, while Rick is absent on a trip, Coco endures the boy’s emotional manipulations and makes some intelligent deductions about love.

Simpers along with irritating, prurient superficiality.