Teasers Drop for ‘Shadow and Bone,’ Other Films 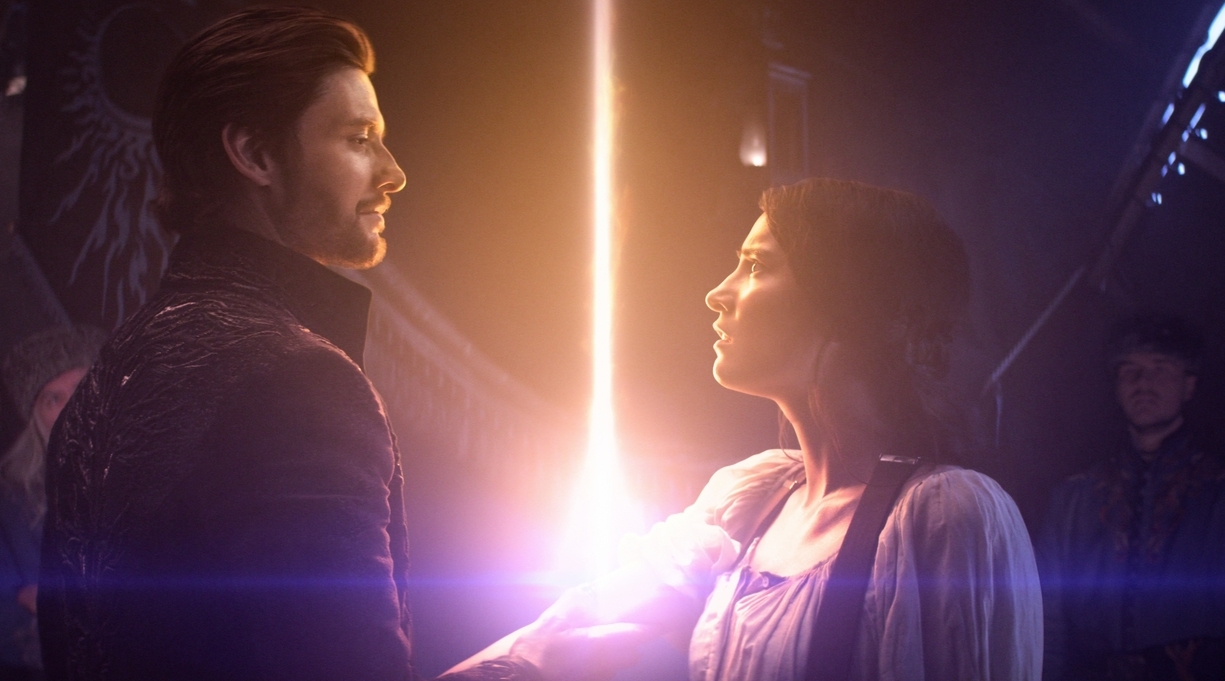 Ben Barnes and Jessie Mei Li in ‘Shadow and Bone.’ Photo from Netflix

Shadow and Bone, a new Netflix show based on Bardugo’s Grishaverse YA fantasy novels, shares a title with the first book in that series, published in 2012. In the novel, teen orphan Alina Starkov of the Russialike land of Ravka is part of a military travel escort for the Darkling, head of the Grisha, who have magical, element-based powers. When the group is attacked by creatures called the volcra, Alina discovers that she has a power of her own: She’s a Sun Summoner. Bardugo is an executive producer for the series, which stars relative newcomer Jessie Mei Li as Alina and Westworld’s Ben Barnes as the Darkling. It was created by Eric Heisserer, who was nominated for an Oscar for his adapted screenplay for the 2016 SF film Arrival, based on a Ted Chiang story. The show will premiere on April 23.

The fourth season of the Emmy-winning series The Handmaid’s Tale, based on Atwood’s classic 1985 dystopian novel, will premiere on Hulu on April 28. The original novel tells the story of a woman named Offred in an authoritarian society that brutally subjugates women; the show, which stars Elisabeth Moss, largely followed the events of the novel in its first season but has since expanded into new territory. (Atwood published her own sequel, The Testaments, in 2019, but it’s unrelated to the TV series and takes place many years after the show’s timeline.) A fifth season of the TV series is already in the works.

The Underground Railroad is a long-awaited Amazon Prime Video series, based on Colson Whitehead’s Kirkus-starred 2016 alternate-history novel, which won the Pulitzer Prize and the National Book Award. In the book, the Underground Railroad is not a series of safehouses to help take enslaved people to freedom but an actual infrastructure of trains, tracks, and conductors. It brings Cora (played by Thuso Mbedu in the series), an escaped enslaved woman from Georgia, to South Carolina and other points North as she’s pursued by a dangerous man named Ridgeway (Joel Edgerton). The show’s director is Oscar winner Barry Jenkins, who most recently helmed the 2018 film If Beale Street Could Talk, based on the 1974 novel by James Baldwin. Jenkins released his own teaser for The Underground Railroad back in October, but Amazon released a new one on Thursday. The show will appear on the streaming service on May 14.