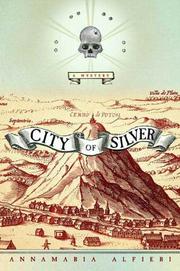 The richest city in the Western Hemisphere, circa 1650, has its currency debased.

Two young ladies of Potosí, jewel in the crown of the Spanish Viceroyalty of Peru, have retreated to the Convent of Santa Isabella de los Santos Milagros. Beatriz intends to remain there until her father relents and lets her marry the man of her choice. Inez, who has craftily come into possession of some valuable information, needs to stay cloistered for her safety. Barricaded in her postulate’s cell, Inez dies, her lips blue but no other mark on her. Suicide? The abbess, Mother Maria Santa Hilda, thinks not. But her arrangements for a consecrated burial set the local commissioner whispering in the Grand Inquisitor’s ear that she ought to be burned for blasphemy, the convent’s lands, monies and treasures confiscated. With the help of a sister herbalist and a father confessor, the abbess attempts to forestall her death by proving that Inez was murdered. The tale wends its way through Potosí’s thin air to the depths of its silver mines, as it emerges that the coins of the realm now owe less than half their weight to the precious metal that allegedly gives them their value.

THE IDOL OF MOMBASA
by Annamaria Alfieri
Mystery