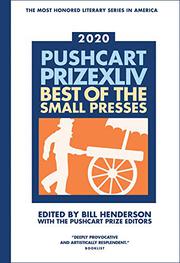 The venerable literary anthology turns 44, celebrated with the trademark mix of top-shelf poetry, fiction, and essays.

Not everyone who began the journey with Henderson in the mid-1970s is around today: The editor names Tony Hoagland, W.S. Merwin, and Mary Oliver among the recently fallen, and a poem by Tom Sleigh, among other commemorations, honors Denis Johnson, who died in 2017. The contribution by Hoagland, an essay called “The Cure for Racism Is Cancer,” explores the disease that felled him. “From this rocky promontory,” he writes, “you can contemplate the long history of your choices, your mistakes, your good luck. You can think about race, too, because most of the people who care for you will be nonwhite, often from other countries….Your attention is made keen by need and by your intimate dependence upon these inexhaustibly kind strangers.” Hal Crowther contemplates another kind of death in his essay “Dante on Broadway,” in which he notes that the Florence of Dante’s time supported public schools with more than 10,000 students, whereas “seven centuries later in America, a republic with infinitely more wealth and a much higher technical rate of literacy, only the most stubborn optimist could overlook the intellectual stagnation and cultural dry rot that make another Dark Age seem possible, if not imminent.” The point is well taken. In a collection full of standouts and only the occasional clunker, there are many excellent contributions, including a poem by Juan Felipe Herrera remarking on the things border crossers leave behind in the desert, with “children still running with / torn faces all the way to Tucson”; a slightly sardonic story by the always readable Joy Williams; and an entertaining tale by Jason Brown that recounts the odd interaction of an unnamed writer with an eccentric couple: “The quality of Grandma’s crab cakes suffered after five hours of drinking, but semi-inebriation was the only state in which she would agree to feed people outside the family.”

An essential report on the state of the art of American letters.