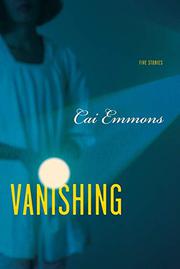 Five women must reckon with quietly unsettling shifts in their lives as they navigate unexpected changes.

Set in the Northeast United States—Massachusetts, New Hampshire, New York—novelist Emmons’ (Weather Woman, 2018, etc.) first short-story collection centers on women who are surprised by something in their lives. In "The Deed," an attorney and mother of young twins comes home to find a man in her house insisting he owns it, treating her like a confused person who should be pitied. In "Fat," a young art student has strong negative feelings about the model in her drawing class as well as her own body, and the corporeal drama escalates to an alarming pitch. In the title story, a middle-aged woman visits her childhood best friend, who is suffering from Alzheimer’s, on her birthday. In "Redhead," a woman whose college ex-boyfriend’s wife has died in her early 20s befriends the dead woman's mother by lying to her. In "Her Boys," a middle-aged woman who runs a magazine feels a maternal ownership over her young male employees, but it becomes clear that she does not see anyone around her as they are. Throughout the stories, each woman is preoccupied with appearance, both physical and social. The language in the collection is poetic in its imagery: “sunlight popping off so many surfaces, appearing unexpectedly through the branches like flashing blades.” But that flowery language can also come off as judgmental and contrived: “Her hair was an unfortunate light rust-red, a shade that…faded in summer to a grandmotherly gray-ish orange, and always suggested the possibility of a histrionic character or white trash origins.” The characters’ obsessions with their own and others’ bodily appearances are often disturbing, especially in "Fat," in which the fat character is a strange cross between cautionary tale, inspiration, and object of fixation. “Her private parts were concealed, but to Tasha Jane’s entire body was one massive private part.” None of the characters are very likable, and many are unreliable, but Emmons is a skilled storyteller when it comes to psychological drama in seemingly ordinary lives.

With an ominous air and well-crafted prose, Emmons’ stories are both immersive and challenging.

THE STYLIST
by Cai Emmons
Fiction

HIS MOTHER’S SON
by Cai Emmons

HERE IS WHAT YOU DO
by Chris Dennis
Newsletter sign-up