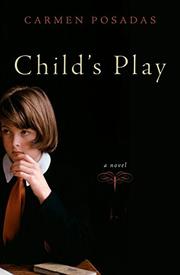 Posadas (The Last Resort, 2005, etc.) continues her deconstruction of traditional mystery formulas with this teasing but ultimately juiceless interrogation of a fatal, suspiciously coincidental school accident.

Forty years ago, Miguel Gasset’s twin Antonio died, apparently by drowning in a swimming pool. Now, fate or design or maybe just coincidence has reunited Miguel with the twins’ childhood friends, Sofía Márquez and Luisa Dávila. Sofía has become a schoolteacher; her pupils include her daughter Avril, along with Luisa’s daughter Elba and Miguel’s son Miki, the subject of a custody battle between Miguel and a fourth wife who remains offstage. Luisa, once a children’s novelist, has turned to writing a series of mysteries starring brainy, sexy Irish-Caribbean psychoanalyst Carmen O’Inns. It’s only natural that someone whose livelihood depends on concocting and resolving plots would be inclined to see patterns everywhere, but it seems obvious that the death of Miki, who breaks his neck in a fall down a flight of stairs, is more than coincidence. Luisa is already wrestling with an 11-year-old who after hearing her mother tell her for years that she’s adopted refuses to believe that she isn’t after all. Miki’s death, coming on top of the unexpected reunion of childhood friends whose shared memories are so traumatic, might have produced any number of combustible scenarios. What it produces here is a great deal of the kind of talk that owes less to Agatha Christie than to Henry James, an even greater amount of Luisa’s navel-gazing, and a wide-ranging series of reflections on the relationship between fiction and life, some provocative, some as transparently self-important as late-night bull sessions in freshman dormitories.

Clever, aphoristic, even philosophical, but not by any means suspenseful. Best consumed a paragraph at a time, like the I Ching.