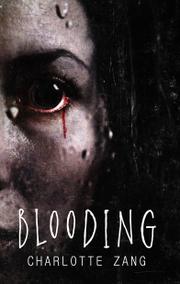 A student slowly realizes that urban legends in a small Vermont town may be closer to reality in Zang’s (Consuming Beauty, 2014, etc.) eerie thriller.

Julia Harris is a sophomore at Brownsbury College, an elite arts school in Thetford. The New England town has a history of urban legends and, as Julia has observed, “some creepy, weird, bat shit crazy people.” This includes the strange old man who hands her a card, insisting she dropped it. Similar cards, each containing an ouroboros, somehow end up in the hands of Rebecca, Julia’s bestie, and Noel, who’s in Julia’s photography class. Soon thereafter, Rebecca gets an invite to Essex-Weald estate, the infamous site of a family’s massacre 30 years earlier. Julia tags along, but days after the party, Rebecca shows signs of drug addiction, e.g., weight loss and paranoia. Noel, whom Julia eventually befriends, also undergoes gradual changes, adding muscle but losing his geniality. Around the same time, the campus is shaken by a couple of murders, while a shadowy figure only slightly resembling a human follows Julia. She looks into Thetford’s urban legends, believing that one or more may link recent unsettling events and form the town’s dark history. What makes Zang’s unhurried but engrossing story truly unnerving is an ongoing threat. Julia doesn’t know what exactly has been following her; anonymous notes offer only vague warnings. Movie-title references spotlight the author’s apparent inspirations; irksome Brownsbury grad Dorian’s sudden appearances frequently startle Julia, like a character in the 2000 Japanese horror film Uzumaki that she’d recently seen. But numerous disturbing bits stand out, especially Julia’s ouroboros card, with a bloody spot (from her cut finger) that expands as the narrative progresses. Meanwhile, images throughout the book inject authenticity—a grainy 1929 newspaper; various results from a Google search; and text messages, complete with emojis. The ending entails exposed secrets, a hefty batch of ambiguity, and a gratifying final shock.

Nerve-wracking tale proving that nothing is scarier than the unknown.