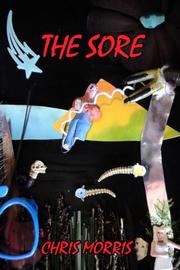 A vacation in the Caribbean turns into a nightmare for the Powers family as they battle aliens on the verge of world domination.

When Tom Powers inherits the luxurious hacienda Paradisio from Grandfather Augustus, he’s oblivious to an otherworldly presence hidden deep within its jungles. The mansion, valued at a whopping $30 million, is maintained by two natives, Maya Belem and Ix, who were close friends of Augustus. Life at Paradisio seems calm amid the luscious waterfalls and intriguing wildlife of the jungle—that is, except for an alien species that mechanically carves out the insides of its prey to feast on the lipid remains. The species, known as the Sore, traveled to earth with their queen to impregnate human hosts. Now, as the Sore queen gains strength, her loyal drone devours manatees, hammerhead sharks, flamingos and even humans to provide his queen with the adequate source of fat and protein. The anatomy and apparent invincibility of the Sore is thoroughly intriguing: The lightning quick creatures have eight powerful legs and razor sharp claws that can dismember an adversary before it has a chance to react. Perhaps more than the science fiction element, readers will be drawn toward the relationship between the Powers children, Ella and Earl, and their new dog—Augustus’ favorite—Digger. Throughout the book, Morris provides frequent subheadings to help readers understand the storyline of each passage, if they need the direction, while shifting perspectives allow the reader to eavesdrop on the thoughts of various crucial characters, including Tom Powers, Belem the Maya hunter and caretaker, and even the drone. When the plot becomes stagnant, Morris reacts by turning characters into more than meets the eye, as when Dr. Cerna, a pivotal Powers’ ally, gives the story a refreshing twist by rescuing Earl with blue laser beams shooting out of his hand. Readers can look forward to continuing the adventure in the next installment of Morris’ Ella Chronicles.