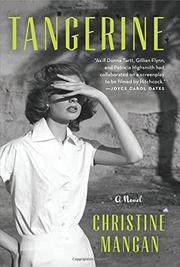 In 1956, a pair of college roommates meets again in Tangier, with terrifying results.

“At first, I had told myself that Tangier wouldn’t be so terrible,” says Alice Shipley, a young wife dragged there by her unpleasant husband, John McAllister, who has married her for her money. He vanishes every day into the city, which he adores, while Alice is afraid to go out at all, having once gotten lost in the flea market. Then Lucy Mason, her one-time best friend and roommate at Bennington College, shows up unannounced on her doorstep. “I had never, not once in the many moments that had occurred between the Green Mountains of Vermont and the dusty alleyways of Morocco, expected to see her again.” Alice and Lucy did not part on good terms; there are repeated references to a horrible accident which will remain mysterious for some time. What is clear is that Lucy is romantically obsessed with Alice and that Alice is afraid of her. In chapters that alternate between the two women’s points of view, the past and the present unfold. The two young women bonded quickly at Bennington: though Alice is a wealthy, delicate Brit and Lucy a rough-edged local on scholarship, both are orphans. Or at least Lucy says she is—from the start, there are inconsistencies in her story that put Alice in doubt. And while Alice is so frightened of Tangier that she can’t leave the house, Lucy feels right at home: she finds the maze of souks electrifying, and she quickly learns to enjoy the local custom of drinking scalding hot mint tea in the heat. She makes a friend, a shady local named Joseph, and immediately begins lying to him, introducing herself as Alice Shipley. Something evil this way comes, for sure. Mangan’s debut pays homage to The Talented Mr. Ripley and to the work of Daphne du Maurier and Shirley Jackson.

A vivid setting and a devious, deadly plot, though the first is a bit overdone and the second contains a few head-scratchers, including the evil-lesbian trope. Film rights have already been sold; it will make a good movie.

HER
by Harriet Lane
Fiction

THE WIFE BETWEEN US
by Greer Hendricks
Newsletter sign-up