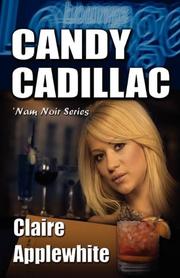 The dark streets of St. Louis star in this compelling third installment of the ’Nam Noir series (St. Louis Hustle, 2011; The Wrong Side of Memphis, 2009) by mystery author Applewhite.

Seeking respite from his anxiety, Cobra visits creepy Dr. Jules Derry. When it becomes clear this unlicensed physician longs to perform on humans the sort of testing he does on animals, Cobra and Elvin Suggs, his colleague from the Grapevine Detective Agency, flee Derry’s clinic. At their shared home, Dimond (Di) Redding, the third agency member, apprehensively observes the activities of their new neighbors, local gangsters by the name of Tattaglia. Unlike most people, Elvin takes being greeted by a gun while making a “welcome to the neighborhood” visit in stride. Helen, yet another neighbor and daughter-in-law of the un-neighborly Tattaglias, enlists the agency’s help to determine whether her in-laws have a hit out on her. Meanwhile, sexy Barbara Lacey is attracting attention at the Night and Day Bar, which leads to her being shot and killed in the alley out back. Investigating her death, Det. Reggie Combs reveals a whole cast of exotic dancers with temptingly sweet monikers such as Candy Rapper and Lolli Popp—and even more surprising ties to other characters. As the number of murder victims and break-ins in their neighborhood mount, Reggie, Cobra and Elvin dig deeper, but Di’s inexplicable fascination with Derry distracts her. Applewhite’s St. Louis setting steals the show, as her offbeat characters too often cross the line from idiosyncratic to purely strange. Outlandish names manage to confuse more than entertain, and secondary characters from previous books further baffle readers new to the series. Vulnerable Di, a 50something widow with a lot of looks and life still in her, is the most charismatic, challenged only by Vanna the Airedale. Applewhite would benefit by applying her skills to editing her cast of characters, so the reader can get by without taking notes.

THE WRONG SIDE OF MEMPHIS
by Claire Applewhite
Newsletter sign-up