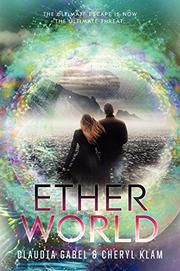 Safe for now behind the firewall in Elusion, the dangerously addictive virtual-reality experience Regan’s dad designed, she and Josh join the race to dismantle it before its mass-market release.

Each of Elusion’s virtual miniworlds must be destroyed from inside, a tricky business that takes a harsh toll on the team (kids Elusion earlier ensnared, including Josh’s sister, Nora). Too soon, Patrick, Regan’s would-be boyfriend and her dad’s cohort, pulls her back to the real world but ascribes her account of finding her dad alive to nanopsychosis. Not only is Patrick no help, he’s the reason she’s confined to the hospital psych ward she must escape as the countdown to Elusion’s release continues. As in its stronger predecessor, the setup is promising, raising expectations, but structural problems hobble this sequel. The beginning crawls as readers are fed complex back story and far more abstract information than is required, via awkward dialogue, on Elusion’s programming. Once characters start interacting with Elusion (hands-down the most interesting character), the pace picks up and the story ignites, only to deflate again when Regan returns to the real world. In contrast to Elusion’s elaborate mechanics, the story’s humans feel drab and one-dimensional, and several are nearly unrecognizable, as if they’ve been replaced midarc by strangers bearing their names.

This sequel feels like it’s under new management, its enticing high concept abandoned by the wayside all dressed up with no place to go. (Science fiction. 14-17)

THE PRETTY ONE
by Cheryl Klam
Children

LEARNING TO SWIM
by Cheryl Klam