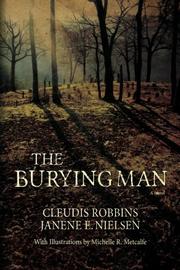 Nielsen and Robbins, an Appalachian coal miner’s son, tell the fictionalized story of a father’s faith and struggle in this debut novel.

There’s more to coal miner Oakley Grace—known to many as Mournful—than meets the eye. He’s the seventh son of a seventh son, given to having visions of the future. He’s also “probably the most famous funeralizing preacher in Harlan County, Kentucky,” according to his deceased 10-year-old daughter Bud, who narrates Mournful’s story from the wrong side of death’s door. It’s the Great Depression, and mining is difficult, dangerous, exhausting work; after the company deducts “rent, fuel coal, doctor’s fees and scrip advances for groceries,” miners were paid “only a few pennies, or nothing at all.” When union talk starts up in Harlan County, the mine operators—who also own the police and the local doctor—clamp down hard, and Mournful has an enemy in his former boyhood friend Cork Markham, the son of the mine superintendent. This engaging story—first scribbled “on notebook pages, old receipts and backs of envelopes” by Robbins and shaped into a novel by Nielsen—is anchored in authentic language, description and characters. Appalachia’s natural beauty, tragic history and culture, as appealingly presented here, may be familiar from “Coal Miner’s Daughter” (the song, book and film) and the Oscar-winning 1976 documentary Harlan County, USA, among other sources. The novel effectively portrays elements that readers might expect, such as moonshiners, mine collapses and tent revivals, and the characters speak in a folksy, if somewhat repetitive, diction. Even in the novel’s lightest moments, a keen awareness of death seems ever-present. Bud’s Grandma Cora, for example, is so fiercely independent that she spends four months digging her own grave with “a soup spoon from the kitchen” so she could “look out yonder and see her handiwork and know, even in this last thing, she didn’t need anyone.”

A tragic yet hopeful novel, as ghost-haunted as Appalachia itself.