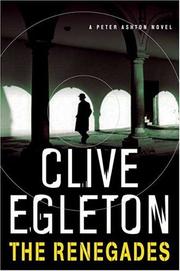 Another fine mess for the weathered warriors of Her Majesty’s Secret Intelligence Service to sort out. And if it’s hard to tell friends from enemies, what else is new?

Ah, those vicious SIS infighters, shivs up their well-cut sleeves. Good thing Peter Ashton (Assassination Day, 2004, etc.) is the wary sort, since success and a type-A personality have earned him the same kind of popularity that Caesar enjoyed after crossing the Rubicon. True, he does have his share of supporters, most notably the service’s Director General. After a brief benching, Victor Hazelwood is the man again. So, considering how long and productive their mutual history has been, you’d think Ashton would feel comfortable about who was watching his back. But no, it seems to him that eager, go-for-broke Hazelwood, the famous “thruster,” may have morphed into enigmatic, by-the-book Hazelwood. Will he be the reliable catcher he’s always been when Ashton is out there without a net? Testing time is at hand. Gunmen kill four people in a swank London restaurant, one of them an SIS agent. Next, a British foreign officer and his wife are kidnapped from their home in Pakistan and brutally murdered on camera. Ashton recognizes the signs of a Jihadist operation in the making, with the fingerprints of two old enemies all over it. Suddenly, he sees a chance to take out both, a chance fraught with such risk that it’s absolutely irresistible to him. If it works, Old Blighty will once again be in his debt. If it doesn’t, a coterie of uncivil servants will swarm all over him, delivering those unkind cuts.

As usual with Egleton, the plotting is on the cryptic side, but the characters are sharply drawn, and the bureaucratic back-biting will draw enough blood to satisfy expectant fans.