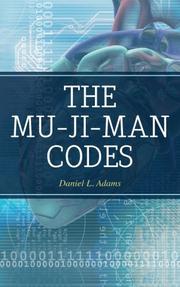 Death is inevitable for all and disquieting for some. In this debut code book, Adams admits to being in the latter camp while exploring his evolution from obsessing over—as he calls it—Mr. Death to developing a system for predicting and maximizing life span.

The catalyst behind Adams’ eschatological theories was the unexpected, sudden death of a strong, healthy 48-year-old friend named Mujiman, whose dates of birth and death Adams analyzed until he reached his findings. “Those in the know,” he says, “such as the various world organizations and every world government involved in population management, already have plenty of statistics to support the Mu-ji-Man theory.” Every birthdate, Adams contends, is encoded with an expected death date, total lifetime heartbeats and related information “imprinted onto the heart at birth.” As support, he offers data for some two dozen famous individuals (e.g., Whitney Houston), including the actual and encoded death age, brief biographical information, and exhortations to the reader to study the dates and crack the code. Those who outlived their expected death age support Adams’ contention that it is possible to delay Mr. Death, for which he counsels treating the heart with the same type of care and maintenance a car engine requires. He does not, however, reveal the actual formula for prying encoded information out of a birthdate—an omission he acknowledges without explanation beyond “for various reasons.” (The book ends with the disclosure that more information is available for a fee.) For many readers, this curious elision will disrupt confidence in the data’s validity. A sample calculation or even a hint beyond “numerology methods” would be helpful. Similarly, key puzzle pieces are missing from two of his other ideas, the Mu-ji-Man Clock (for pinpointing where a person is in his or her life span) and the Mu-ji-Man Ruler, a P-shaped chart of supportive behaviors—e.g., healthy eating, no smoking, knowing your family history. Nevertheless, the author’s passion for his discoveries is palpable, and his goals are laudable, as he envisions responsibly treating vital organs from an early age in order to safeguard health.

A novel theory diminished by the author’s circumventing its blueprint.