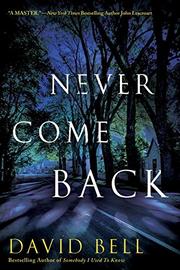 In Bell’s (The Hiding Place, 2012, etc.) thriller, Elizabeth Hampton confronts a fractured family history in the aftermath of her mother’s murder.

Elizabeth is a grad student in her hometown in Ohio. There’s a call from the police. Her mother is dead. Meeting authorities at her mother’s home, she’s shocked to learn that Leslie Hampton’s death is considered suspicious. Her older brother, Ronnie, "a high-functioning adult with Down syndrome" who resided with their mother, soon becomes a suspect and is hospitalized for evaluation. Once told by her mother in a fit of pique that "the main reason they had me was to take care of Ronnie after they were both gone," Elizabeth hadn’t talked with Leslie for six weeks after an argument over becoming Ronnie’s eventual guardian. Bell does solid work with characters: Elizabeth, isolated, closed off, unable to commit to a devoted boyfriend; Paul, Leslie’s brother, once Ronnie’s constant supporter, now worried over Ronnie’s recent displays of anger; Leslie, ordered, neat, withdrawn, obsessed with Ronnie’s care; the police detectives, skeptical Richland and empathetic Post. Bell's portrayal of Ronnie is sensitive, offering a sense of the reality facing those with Down syndrome. Eventually, Elizabeth learns that Leslie’s will includes one Elizabeth Yarbrough as an heir. Enter Gordon Baxter, shocking Elizabeth by claiming to be Leslie’s first husband. Bell makes Gordon ominously real, a high school sports star whose life spiraled down into violence and prison. Gordon’s connection with the struggling Elizabeth Yarbrough hides a grotesque secret that will destroy lives.

An intriguing, layered psychological thriller. The chapters are short, flow easily into one another and carry their own twisted logic to a believable conclusion.

THE FORGOTTEN GIRL
by David Bell