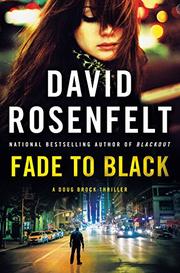 Returning to work after a gunshot wound to his head erased 10 years of memories (Blackout, 2016), Lt. Doug Brock, of the New Jersey State Police, is invited into a case by a fellow amnesiac.

Financial consultant Sean Connor, a member of Doug’s amnesia recovery group, is deeply disturbed to find stashed in his attic a trove of newspaper clippings about the disappearance of hospital executive Rita Carlisle three years ago. Is it possible, he asks Doug after swearing him to strict confidence, that he kidnapped or killed her himself and doesn’t remember it? The question ranks among Rosenfelt’s (Collared, 2017, etc.) best hooks, and it’s no wonder Doug is soon asking his boss, Capt. Jeremy Bradley, if he can reopen this cold case—even though it’s not really a cold case at all. Rita’s boyfriend, realtor John Nicholson, was tried and convicted after being arrested, Doug’s partner, Lt. Nate Alvarez, informs him, by none other than Doug himself. Soon after Doug’s prison interview with Nicholson reveals nothing but Doug’s bewilderment and Nicholson’s suspicion, there’s a much more dramatic development: a jogger finds Sean Connor’s severed head in Eastside Park. Certain that his amnesiac acquaintance’s death so soon after their conversation can’t possibly be a coincidence, Doug jumps into the case with both feet and Bradley’s blessing, since now it’s about a brand-new decapitation, not a three-year-old disappearance. The murky waters around him are stocked with interchangeable mob kingpins from New Jersey to Las Vegas, and for much of the running time, these high-ranking lowlifes seem intent on nothing more than their usual dangerous jockeying for power. But Doug eventually finds a motive beneath all the violence that’s as surprising as it is compelling.

The case doesn’t rank among Rosenfelt’s best or his second-best. But even his third-best features a brash, appealing narrator/hero and some memorably snappy dialogue.

DACHSHUND THROUGH THE SNOW
by David Rosenfelt
Mystery

YOU DON'T OWN ME
by Mary Higgins Clark
Mystery