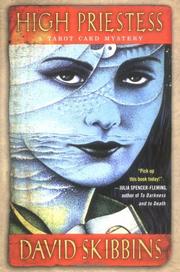 His sophomore outing presents Berkeley tarot-reader Warren Ritter with an unusual client: the founding priest of an offshoot of the Church of Satan.

Even Satanists have their enemies, and somebody seems determined to decimate the membership of Edward Hightower’s Fellowship of the Arising Night. Roger Black became the victim of a hit-and-run driver three months ago, and Richard Steed was tossed off a cliff last month. Threatening anonymous letters promise that the housecleaning isn’t nearly complete, and Hightower wants Warren to investigate. Though Warren doesn’t need either Satanic money or Satanic associates, he can hardly say no to the twin of his ex-lover Veronique, whom he left behind 40 years ago along with his Weather Underground past. As the designated killer thins the ranks of the Fellowship, Warren, who’s not much of a detective himself, gets his girlfriend, wheelchair-bound hacker Sally McLaughlin, and Officer James McNally, his friend on the Berkeley PD, to wriggle him closer to the killer—so close, in fact, that he’s framed for the climactic murder and has to take it on the lam, as he did in his striking debut (Eight of Swords, 2005). Also held over from last time: Warren’s manic-depression, his desire to contact the daughter he’s never met, his traumatic Underground memories and a proclivity he shares with several other characters for using an alias.

Warren is great company, but the second inning is a little early to be living off his most predictable pitches.

THE STAR
by David Skibbins
Fiction

EIGHT OF SWORDS
by David Skibbins