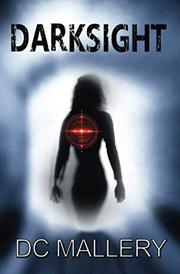 In this debut novel, a young blind woman participates in an experiment that could restore her sight but becomes unwittingly drawn into a dark, scientific conspiracy.

Audra Carter lost her sight when she was 10 years old in a tragic car accident that killed her mother. But it’s hard to consider this 24-year-old woman disabled because she’s so independent. She’s a DJ who spins the “coolest ambient beats” and is gifted with a high degree of “blindsight”: “The remarkable ability among some of the visually impaired to sense objects even though they have no visual field, even if totally blind.” In fact, Audra can maneuver a bicycle and fend off an assailant. Her father, Jenson, a scientist working on a possible cure for blindness, assembles a group of test subjects, including his own daughter, and administers an experiment. The experiment fails, but when the test subjects start to turn up murdered, Jenson becomes a “person of interest.” He suspects his collaborator, Stefan Vanek, is somehow involved. Then Audra is kidnapped and used as a lab rat to develop “mysterious skills” that can be employed in nefarious activities. Mallery artfully combines two genres in one book: a crime drama that follows Jenson’s race to find Audra before it’s too late, and an SF tale about the technological possibilities for expanding human potential. The author also includes a surprisingly thoughtful portrayal of the experience of blindness, rendered lucidly and poignantly: “After the accident took her sight, she often sensed something beyond the void. Unheard voices, unseen faces. Back then, it had been the seeds of nightmares, of waking screaming at night, her father rushing to her room, holding her tight.” But this is primarily a thriller, and while the action is briskly paced, Mallery does tend to favor the heavy-handedly melodramatic, an inclination evidenced by his uninhibited use of italics. Nevertheless, this tale is an intelligently conceived work, driven more than anything else by fully developed characters in the throes of real human emotions.