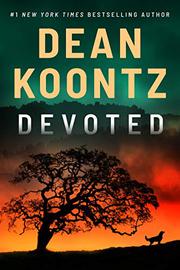 When he and his widowed mother are threatened by a freakish killer, a brilliant 11-year-old boy on the autism spectrum teams with an orphaned dog with human intelligence to fight off evil.

The boy, Woody, hasn't spoken a word in his life but has created a sophisticated virtual world to escape to and can hack the most complex dark web networks. He's determined to avenge his researcher father, who died in a suspicious helicopter crash. The dog, Kipp, orphaned by the death of his aged, loving caretaker, is part of an underground canine network boasting many other similarly advanced, genetically engineered dogs. (These dogs, who call themselves the Mysterium, are capable of such miracles as retrieving books from the library and reading them at night.) Out of the blue, a man who once worked with Woody's father and briefly dated Megan, Woody's mother, propositions and then threatens her. "I am becoming the king of beasts," he boasts, after having bitten a young woman to death. There is certainly no lack of raw action in the book, Koontz's first following five novels featuring investigator Jane Hawk. It just takes a certain kind of reader to...swallow the plot. Depending on one's susceptibility to heart-tugging boy-and-dog tales, the novel will either be dismissed as a work of cloying commercial calculation or enjoyed as a crafty blend of genres.

The worst fear raised by this odd creature feature is that it will spawn a sequel.