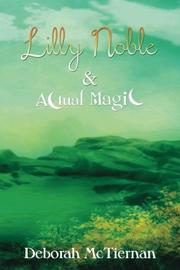 By-the-numbers YA in which an amnesiac teen girl enrolls in a school of magic and battles her evil stepmother’s secret plans.

Lilly Noble’s life is in a state of severe upheaval. After a violent car crash kills her mother and costs Lilly her memory, her strict new stepmother, Morgann, and now largely absentee father send her away to a boarding school on a seemingly dreary island off the coast of Maine. Yet the school, Bonaventure’s Academy, is no ordinary institution, cultivating the abilities of extraordinary children—in Lilly’s case, to literally sniff out lies that reveal themselves with the odor of stinky feet—and teaching them to perform actual magic. Though struggling with her own identity, Lilly is soon surrounded by peers as remarkable as she, from her fashion-obsessed roommate, Shellaire, to her intensely protective best friend, Zymura, driven to help her unlock her lost memories. There’s also the charming, often annoying “bad boy” of the school, Murosky Skaggs, who is smitten with Lilly but hides from her a terrible secret. McTiernan’s debut comes to an exciting climax as the haze of Lilly’s amnesia lifts, pushing the girl into a battle with the evil witch and the giant squid living in the bay by the school. The high-tension battle is a drastic but welcome departure from the novel’s otherwise slow, repetitive pacing. Part fairy tale, part Harry Potter, the book lacks the spectacle of either, never developing into the world of marvels that a magic school surrounded by mythological creatures should be. Despite this, a satisfying dynamic develops among the students, who are humorous but have a tendency to be careless and even cruel to each other, which rings true for awkward, fearful teens. Similarly, while recasting the old trope of the battle with a wicked stepmother, the simple message—that friendship and self-esteem can help overcome hardship—might appeal to YA readers.

Lacks the wonder expected from magical teens and fairy tales made real.