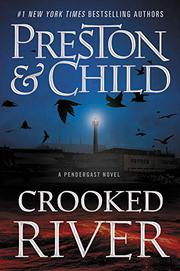 Imagine Florida beachcombers’ shock when they discover a shoe with a severed foot inside. Soon they see dozens more feet, all in identical shoes, bobbing toward the beach. Police and FBI ultimately count more than a hundred of them washing up on Sanibel and Captiva Islands' tranquil shores. Pendergast teams up with the junior Special Agent Armstrong Coldmoon to investigate this strange phenomenon. Oceanographers use a supercomputer to analyze Gulf currents and attempt to determine where the feet entered the ocean. Were they dumped off a ship or an island? Does each one represent a homicide? Analysts examine chemical residues and pollen, even the angle of each foot’s amputation, but the puzzle defies all explanation. Attention focuses on Cuba, where “something terrible was happening” in front of a coastal prison, and on China, the apparent source of the shoes. The clever plot is “a most baffling case indeed” for the brilliant Pendergast, but it’s the type of problem he thrives on. He’s hardly a stereotypical FBI agent, given for example his lemon-colored silk suit, his Panama hat, and his legendary insistence on working alone—until now. Pendergast rarely blinks—perhaps, someone surmises, he’s part reptile. But equally odd is Constance Greene, his “extraordinarily beautiful,” smart, and sarcastic young “ward” who has “eyes that had seen everything and, as a result, were surprised by nothing.” Coldmoon is more down to earth: part Lakota, part Italian, and “every inch a Fed.” Add in murderous drug dealers, an intrepid newspaper reporter, coyotes crossing the U.S.–Mexico border, and a pissed-off wannabe graphic novelist, and you have a thoroughly entertaining cast of characters. There is plenty of suspense, and the action gets bloody.

Great storytelling, a quirky hero, and a quirkier plot make this a winner for adventure fans. 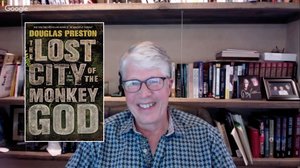 Douglas Preston
author of THE LOST CITY OF THE MONKEY GOD

Since the days of conquistador Hernán Cortés, rumors have circulated about a lost city of immense wealth hidden somewhere in the Honduran interior, called the White City or the Lost City of the Monkey God. Indigenous tribes speak of ancestors who fled there to escape the Spanish invaders, and they warn that anyone who enters this sacred city will fall ill and die. In 1940, swashbuckling journalist Theodore Morde returned from the rainforest with hundreds of artifacts and an electrifying story of having found the Lost City of the Monkey God—but then committed suicide without revealing its location. Three quarters of a century later, bestseller Doug Preston joined a team of scientists on a groundbreaking new quest. In 2012 he climbed aboard a rickety, single-engine plane carrying the machine that would change everything: lidar, a highly advanced, classified technology that could map the terrain under the densest rainforest canopy. In an unexplored valley ringed by steep mountains, that flight revealed the unmistakable image of a sprawling metropolis, tantalizing evidence of not just an undiscovered city but an enigmatic, lost civilization. The Lost City of the Monkey God: A True Story is his account of the expedition. “A story that moves from thrilling to sobering, fascinating to downright scary—trademark Preston, in other words, and another winner,” our reviewer writes in a starred review. View video >

VERSES FOR THE DEAD
by Douglas Preston
Fiction

THE LOST CITY OF THE MONKEY GOD
by Douglas Preston
Fiction

THE OBSIDIAN CHAMBER
by Douglas Preston

VERSES FOR THE DEAD
by Douglas Preston
Fiction

THE OBSIDIAN CHAMBER
by Douglas Preston

BACK BLAST
by Mark Greaney
Fiction