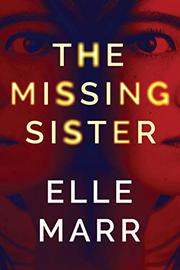 Marr’s debut novel follows a San Diego medical student to, around, and ultimately beneath Paris in search of the twin sister she’d been drifting away from.

“Come to Paris. Your sister is dead,” neurology resident Sebastien Bronn cables Shayna Darby. No sooner does Shayna begin looking around her sister Angela’s apartment, however, than she finds a message in the secret code the twins had developed as children: “ALIVE. TRUST NO ONE.” Is the corpse the police fished from the Seine 10 days after a murderous attack on the Sorbonne left two of her fellow students dead really Angela Darby’s? Sebastien, Angela’s boyfriend, has identified it as hers, but Shayna, her suspicions on high alert, is convinced that it’s not. Weighed down with resentment that Angela never came home for the funeral of their parents when they were killed in a car accident, urged on by the eerie intimacy she continues to share with her twin, and armed with the scant clues she’s drawn from the documents Angela left behind, she embarks on a search she can only hope will bring them together once more. Can she trust Sebastien, whose solicitude suddenly erupts into something else when he kisses her passionately and murmurs, “Mon Angèle”? Or Jean-Luc Fillion, the foreign liaison at the American Embassy who places himself at her disposal? Or Louise Chang, the landlady whose mixed-race marriage echoes the twins’ own biracial roots? Or even Inspector Valentin, who disconcertingly suggests first that Angela may have been the victim of a serial killer and then that she may herself have murdered her fellow student and frenemy Emmanuelle Wood? As she tracks down clues amid the city’s historical brothels and the catacombs on which Angela had chosen to write her dissertation, Shayna feels increasingly close to her twin in ways that are both illuminating and profoundly disturbing.

Notable for its exploration of the uncanny bonds twins share and the killer’s memorably macabre motive.