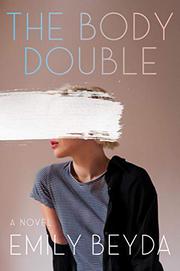 In Beyda’s claustrophobic first novel, the body double for a reclusive star is trapped in a Los Angeles home, awaiting her public debut.

Rosanna Feld, tired of the spotlight, has sent headhunter Max to hire a look-alike to be photographed and interviewed in her place until she recovers. The body double will be paid well for her services. The catch is that she’ll have to sign a nondisclosure agreement about her work, cut herself off from the people who know her true identity, and leave the country at the end of a three-year contract. Max finds the unnamed heroine working a dead-end job at a movie theater. With weak family ties and few friends, she readily accepts the offer. But from the minute she moves into Rosanna's empty Los Angeles apartment, she realizes that Max is more than just a talent scout. Max controls her diet and clothing, makes her study videos of Rosanna to learn to mimic her personality, and locks her in the house when he’s away. He slowly chips away at her identity, even coercing her into getting plastic surgery to look more like Rosanna, until she realizes with regret that she’ll no longer see her dead mother’s features in her own face. The more she invests in Rosanna’s identity, the more she longs for her approval—and for Max to deem her ready for the outside world. Once she’s there, she’s seduced by lavish shopping sprees, exclusive parties, and outings with Rosanna’s old friend Marie. If she can fool the press, and even Rosanna’s friends, into thinking she’s the real thing, she’ll have a better life than the one she left. But Max’s increasingly controlling behavior makes her wonder who Rosanna is and what she’s really hiding from. The big reveal is less surprising than it is well executed, its climax lush and operatic. As she meets her fate with slow-burning horror, the unnamed woman fades like a ghost in a haunted house, its rooms as hollow as the empty promise of stardom.

A nightmarish and unsettling story.