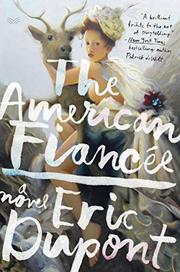 Born in 1918 and almost immediately orphaned, larger-than-life figure Louis Lamontagne grows up with his grandmother Madeleine, a powerhouse herself, in Rivière-du-Loup. The names Louis and Madeleine will recur among other characters, as will a birthmark shaped like a bass clef and blue eyes in a particular shade of teal. Louis’ nickname, "The Horse,” is his alone, however, derived from his mythic strength. Womanizing, storytelling Louis’ life is by turns rollicking and tragic. He evolves from a charismatic, beloved boy to a witness to World War II atrocities to an alcoholic funeral director after his youngest son dies in a tragic accident. His middle child, Madeleine, eventually takes center stage. As a pregnant, unmarried teenager, she moves to Quebec City in the 1960s and opens a diner that she expands into a hugely successful chain while raising twin sons, Michel and Gabe. This first half of the novel, chock full of digressive stories about seemingly minor characters, has a rambling, overstuffed, 19th-century feel. But then, more than 250 pages in, Dupont shifts gears; the novel narrows and becomes epistolary. In 1999, Gabe, on a hopeless romantic quest in Germany, and Michel, an opera singer making a controversial film version of Tosca in Rome, begin a correspondence expressing their ambivalence toward each other and their conflicting views of their mother. Meanwhile, Gabe meets an elderly German woman with a convoluted story she shares in notebooks that take Gabe and the reader in unexpected directions. Everyone’s version of events differs here; there’s no trusting who’s hero, victim, or villain—or what’s real; parallels accumulate; every casually mentioned detail becomes important as truths are revealed.

While the intensity of Dupont’s prose can be maddening, the sweet, sour, and salty world he creates is thoroughly addictive.

THE AMAZING ADVENTURES OF KAVALIER AND CLAY
by Michael Chabon
Fiction