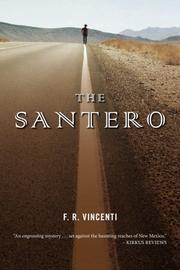 In Vincenti’s debut mystery, a detective in small-town New Mexico investigates the possible murder of his wealthy friend’s promiscuous wife.

Wallace Krieg, a rookie detective on the Santero police force, is dyslexic and sometimes has to use a ruler when he reads to keep letters from rearranging themselves on the page. However, his ability to think in images gives him an intuitive knack for his work. When Lana Silvers, the wife of his friend Adam, turns up dead in her bedroom, Krieg is assigned the case. However, the police aren’t sure that it’s actually a murder investigation, as there’s no clear cause of death. If it is murder, Adam would certainly be a suspect, as he married a gold digger—a fact that became apparent within months of their wedding. Lana’s mother, meanwhile, is staying at the couple’s house, which is strange, as she doesn’t seem to have known her daughter very well. The forensic investigation to establish the cause of death takes up much of the book, and Vincenti conveys the scientific jargon in assured, knowledgeable prose. This plotline unfolds in tandem with the characters’ back stories, including how Adam helped the teenage Krieg escape his abusive family and the reasons that Krieg’s girlfriend, Sammie Turco, objects to his dangerous career. This refreshing police procedural, with its setting of “endless blacktop flanked by sand, prickly pear and agave,” flouts readers’ usual tawdry expectations when the body of a young, beautiful woman is discovered. There are no throwaway characters; even Adam’s lawyer gets a line of characterization: “Hampton Marshall never does anything before ten in the morning except have his coffee and Danish.” In particular, Vincenti writes realistic dialogue, as when Krieg makes an observation about a con artist: “What a charmer. People like her scare me. You’re not even aware you’re being victimized. Sometime later you just don’t feel good anymore.” The author also adds tension with the introduction of rogue mobster Manny Colys, who carries a grudge against Krieg and is determined to realize Turco’s worst fears.

An engrossing mystery, realistic but never grisly, set against the haunting reaches of New Mexico.

THE LAST DEATH OF JACK HARBIN
by Terry Shames
Mystery