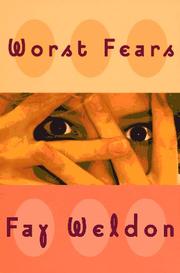  Weldon, chronicler extraordinaire of the war between the sexes (Splitting, 1995, etc.), is back, this time to give us a wickedly funny take on widowhood as an aggrieved woman gleefully avenges herself on both the living and the dead. Alexandra Ludd, a popular, talented actress, is devastated when she learns that husband Ned has died of a heart attack at their country home while she's been in London playing Nora in Ibsen's A Doll's House. Ned, a theater critic, and their four-year old son Sascha are everything to Alexandra--but when she comes down to identify the body, her world is turned upside down. She'd been told that Ned died downstairs and that the body had been discovered by two women: Abbie, an old friend, and Jenny Linden, a costume designer. Accused of being ``a very unobservant person,'' Alexandra now discovers that Ned actually died in bed while he was making love to Abbie, and that he'd also had an affair with Jenny. Brother-in-law Hamish, who's there to help with funeral arrangements, also contributes some surprising comments about Ned. Stunned and outraged, Alexandra broods on what else might be revealed. But even her worst fears are not as bad as what she finds out: Ned not only betrayed her sexually and emotionally, but financially and legally as well. He spread nasty rumors about her, then left their beautiful old house and its lovingly collected contents to Jenny, though Alexandra had paid for most of it. On top of that, their marriage, it turns out, was illegal--Ned never divorced his first wife. Surrounded by treachery, Alexandra decides to concentrate on her ``best hopes'' of survival and vengeance, and this she does with gusto and panache, stopping at nothing because ``there was no such thing as a defeat. If you didn't accept it.'' Revenge exacted con brio by one of Weldon's most feisty wronged women yet.

BEFORE THE WAR
by Fay Weldon
Fiction

HABITS OF THE HOUSE
by Fay Weldon
Fiction