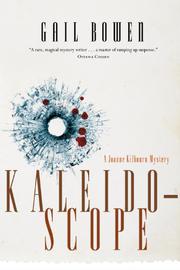 A pitched battle over the redevelopment of a troubled area of town reminds Joanne Kilbourn that her beloved Regina, the capital of Saskatchewan, Canada, is prone to all the troubles of modern cities, including murder.

Wealthy Leland Hunter, a client of Joanne’s husband Zack Shreve, is bent on transforming the North Central sector of the city by means of The Village Project. Agitator Riel Delorme, who was a student of Joanne’s before he dropped out of university and she retired, is so determined to stop him that he’s enlisted the help of two local gangs, The Warriors and The Brigade. Members of both gangs who think Riel’s Che Guevara tactics aren’t effective enough have formed a splinter group, Red Rage, that aims to take a harder (read: more violent) line in opposing The Village Project. It’s a mixture bound to have combustible results, and fire soon strikes Joanne and Zack’s garage, blown to bits on a night they fortunately happen not to be home. As conflicts rage over the development, Joanne keeps discovering new wrinkles. Her daughter Mieka, a caterer who developed UpSlideDown, a playground that was an earlier casualty of the urban war, is in love with Riel Delorme. Leland’s already complicated life—in addition to battling the gangs, he’s about to wed his pregnant lover, barrister Margot Wright—is further troubled by repeated sightings of his unhinged ex-wife Louise, whose friend Sage Mackenzie, a cop-turned-lawyer, can barely keep her out of jail on stalking charges or worse. And Zack is preoccupied with the murder defense of Cronus, an antipathetic slumlord who insists on testifying that he didn’t murder his girlfriend, police officer Arden Raeburn, after their weekly round of rough sex.

As usual in Joanne’s world (Burying Ariel, 2000, etc.), the vicissitudes of the plot are less memorable than the celebrations of ongoing life: two weddings, a child birth, several parties and a great deal of civilized but enthusiastic connubial sex.

LOVE AND MURDER
by Gail Bowen