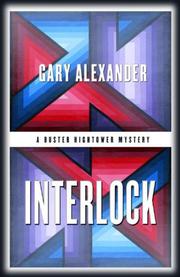 Which is worse, being hounded by Russian oil plutocrats or stingy American insurance agencies?

Butch Hightower, a so-so artist, vegetarian and Sudoku addict with one teensy bad habit, is in a jam. To settle his massive video-poker marker, now owned by wiseguys who insist that he help steal a painting valued at $250 million, he has set up a double-cross and absconded with the canvas. Not far behind him are a Russian assassin who lovingly keeps assorted parts of his dead “tasks” stored in lockers across the U.S. and a freelance scout who’s eager to find the lost item and save an insurance company a huge payout. What’s poor Butch to do? Like so many of us, he turns to family for help: his younger brother Buster, a 60-year-old standup comic who specializes in lobbyist jokes and shares his life with Carla, owner of Last Chance Insurance, which specializes in covering those destined to become or cause roadkill. The brothers convene in Chandler’s Boot, Ore., where Butch has stashed the painting. Alas, owners of a failing gift shop find it, grab the finder’s fee and hotfoot it out of town. To the Russian and the insurance scout’s dismay, the painting left behind is a forgery, causing the duo, the brothers, Carla and a gal pal she’s befriended in jail (don’t ask) to scurry hither and yon in pursuit of the genuine article. They wind up in Roswell, where they reconnoiter storage facilities, unearth more forgeries and ponder the alien situation before eventually settling Buster’s problem.

Like Zillionaire (2011) and its predecessor, a gleefully demonic chase after MacGuffins, plumped up with veggie recipes rife with cusswords and comedy routines skewering society’s foibles.

THE ROAD TO RUIN
by Donald E. Westlake
Fiction