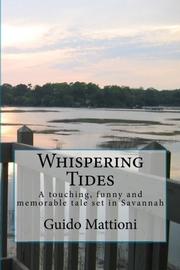 In Mattioni’s novel, a recent widower from Milan realizes his dream of resettling in Savannah.

In American novels, protagonists go to Italy to find themselves. For 50something Italian journalist Alberto Landi, America is the destination. Following his wife’s death, he sells up and heads for Savannah, Ga., a city they’d both loved. For Alberto, it’s more like coming home than leaving it: the city has always awakened primal feelings of longing, and its tidal, muddy waters remind him of “the thick scent of an excited woman in love” and “an amniotic liquid.” Intoxicated by Savannah’s lush beauty, he delights in its acceptance of eccentricity. In a city proud of its ghosts, Alberto feels comfortable conducting imaginary dialogues with the statue of Georgia’s founder, James Oglethorpe, “knowing that I could count on his British and bronze discretion.” Alberto also enjoys Savannah’s characters, including the owner of a Confederate memorabilia shop and the unofficial historian of the city’s historically black community. As he meanders from past to present and back, Alberto explores his dream of starting over. Alberto, whose grief is believable, is a likable fellow; it’s easy to see why people are drawn to him and want to tell him their stories. Sometimes, though, the journalist is overly evident and may leave some readers wondering whose story Alberto is telling. Mattioni’s understanding of American racial politics can be dicey. Uncle Tom is a sweet image for him, and he uncritically accepts both sentimental views of the Confederacy and hostile, sometimes racially and sexually charged comments about Northerners. Still, even in translation, Mattioni turns a nice phrase, like “bonsai memories that I planted in my happy yesterday” and a tall Irishman who “looks like a pale asparagus with red hair.” Sometimes, though, the result is less felicitous: “my mouth, which was bitter and kneaded.” Past and present are confusingly intermingled, however deliberate, and the ending relies on a fairly hoary cliché.

Many thoughtful and wry observations inhabit this charming but uneven read.