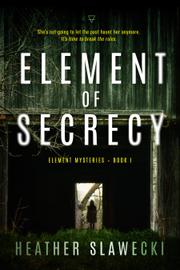 A woman decides to get answers to the questions that have haunted her since childhood in this debut mystery.

When Jenny O’Rourke was just 10 years old, she heard her father leading a strange chant in the barn behind their small Pennsylvania farmhouse. Not long after, her brother, Danny, was dead and her family escaped into the night. Twenty years later, she’s in the witness protection program, living under the name Tricia Keller. She’s finally put something of a life together—after a brief career in law and a short marriage, she’s now single and works as a pharma rep—but she’s risking it all by doing the thing she’s not supposed to do: “I’m absolutely forbidden to be sitting here in front of my childhood home. But here I am with two important mysteries to solve and a shit ton of minor league ones. First, who killed my brother? And why? Second, who—and what—the hell is my father?” She knows that before he moved his family to the obscure town of Brandtville, Pennsylvania, Sean O’Rourke was one of the top defense attorneys in Manhattan, a partner at a firm well known for representing embezzlers and mob bosses. Jenny assumes this job has something to do with the murder of Danny, but there are all sorts of strange things about her childhood in Brandtville: pictures of missing mobsters in the woods, odd symbols and graffiti, and her father’s former law partner, who wound up dead in a swimming hole. To conduct her investigation, Jenny will have to elude her witness protection escorts as well as the bodyguard her father keeps on her at all times. As she digs into the past, a few things soon become clear. First, Danny is still alive. Second, the story of what really happened back in Brandtville is far stranger than Jenny could ever have imagined—and it isn’t over yet.

Slawecki keeps the plot racing forward at full speed and her prose is taut and gripping. At one point, Jenny muses: “What’s also disturbing is this whole modern-day vigilante thing. My father was a defense attorney. He knew his clients were bad people, especially those who went to that firm. No one forced him to get into that line of work. It’s why I stopped practicing after three cases.” The plot is booby-trapped with some pretty wonderful twists that will likely take even seasoned readers of the mystery genre by surprise. The book’s primary flaw is that its characters’ psychologies and personalities do not seem to match their personal histories. Jenny comes off as more devil-may-care than haunted, and her rapport with her now-living brother (whom she hasn’t seen since they were small children) is a bit too Hollywood smooth. Even so, the tale is fun and highly readable, making great use of its woodsy Bucks County setting. This is only the first installment of a series following Jenny, and readers will be excited to find out just how much weirder things will get.

A bold, largely successful launch of a series about family secrets and criminal enterprises.