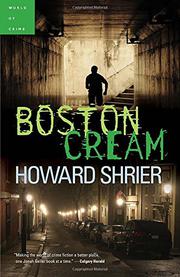 My son, the doctor, is missing.

Never in his young life has David Fine come even close to setting a foot wrong. An overachiever almost from the womb, a dutiful son to adoring Jewish parents, a doctor, a surgeon yet, he’s on his way to collecting his full share of glittering prizes, until suddenly he isn’t. Suddenly he’s gone, baby, gone, and no one in Boston can tell Jonah Geller a single thing that makes sense of the disappearance. What’s a Toronto PI doing in Boston anyway? It’s a concern Jonah himself had put before David’s Orthodox father, who hired him, caveats and all, promising that the mission would have God’s sanction. So Jonah signed on. It turns out that David is a surgeon with an evocative specialty: transplants. It doesn’t take Jonah long to learn that the grievous unavailability of human parts spells opportunity to sharpies like Sean Daggett. Clever, amoral and ruthless, Daggett is an entrepreneurial thug, a spider for well-intentioned flies like idealistic David who, helplessly ensnared, becomes an object lesson in what can happen to a nice Jewish boy when a bottom-feeder beyond redemption, some bad breaks here and there, and a bit of his own hubris conspire against him.

Shrier’s third (High Chicago, 2009, etc.) is a near miss. Slam-bang action scenes and deft writing can’t quite pump up the slightness of the story.

LAST CALL AT THE ESPOSITO
by Richard J. Cass
Mystery