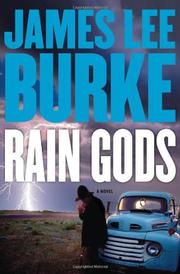 The murder of nine Thai prostitutes in a border town kicks off fireworks for a Texas cousin of Billy Bob Holland, who left plenty of violent miscreants behind when he retired to Montana (In the Moon of Red Ponies, 2004, etc.).

The nine women were hijacked, herded out of a truck to a lot behind a gas station, methodically executed and buried in a mass grave, at least one of them before she was quite dead. Who could have done such a ghastly deed? wonders Sheriff Hackberry Holland. Almost everybody it seems. The massacre certainly wouldn’t have been beneath Artie Rooney, who’s run prostitutes in Galveston since Hurricane Katrina chased him out of New Orleans, or Hugo Cistranos, the dead-eyed contract killer who followed him. These heavily armed lowlifes seem determined to put the crime off on Nick Dolan, whose family restaurant adjoins his topless bar. Scariest of all is Jack Collins, aka the Preacher, a one-man apocalypse whose most unnerving tactic is to bring his enemies face to face with imminent death and then decline to pull the trigger. Given the high-casualty infighting among the criminals and the Prince of Darkness as antagonist, it’s hard for Hackberry, who’s haunted by the requisite Burke demons (war, drink, women), to make much of an impression, especially when the most heroic characters are Nick’s wife Esther and truck-stop waitress Vikki Gaddis.

Nearly every scene builds to a fine crescendo of tension, though the story as a whole is too ritualistic to do the same.

HOUSE OF THE RISING SUN
by James Lee Burke
Fiction

LIGHT OF THE WORLD
by James Lee Burke