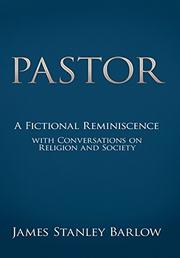 Barlow (Appalachia and Beyond, 2005, etc.) reflects on his own experiences as a minister through the fictional eyes of Robert Staten, a progressive pastor.

At the start of Barlow’s novel, Robert Staten is an elderly man, but the main text recounts his memories of being a young pastor in an Alabama church during the 1950s. His trip down Memory Lane begins when Bill Edwards, a Presbyterian elder from Birmingham, and several other committee members visit him in Rochester, N.Y., to assess whether they should offer him the position as their new pastor. Robert gets the position, and the narrative continues with a collection of tales that provides a picture of what life was like as a socially progressive pastor during that era. Most stories are told from Robert’s perspective, but a few snippets are in the form of letters and journal entries from Edwards and Robert’s wife, Sally. These occasional excerpts make the narrative as a whole seem more well-rounded and believable, and the episodes themselves cover a range of content. Some deal with issues experienced by members of the congregation—for instance, a teenage girl who secretly gets an abortion—or describe conversations between Robert and Charles, a close friend (who happens to be an atheist) that criticizes the church. As Barlow explains, most of these stories “came from [his] experience in parishes here and abroad.” This basis in reality may lend believability to the text, but even without that tidbit of information, readers will still find the novel easily relatable. In particular, Robert’s vulnerability can be appealing, as he often confronts difficult events and questions. When a couple loses their young child, Robert struggles to suppress his own grief and pain long enough to lend comfort to the grieving parents as their pastor. Robert’s questions and doubts make him human, and he also forms and participates in a discussion group that explores scientific and social issues free of doctrinal restrictions.

A realistic, engaging account of a pastor from a past era.

FROM FAITH TO FAITH
by M. Lyn Walker
Nonfiction