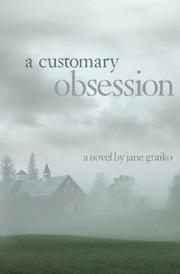 Small-town police officers tangle with criminals and one another in Graiko’s debut mixed-genre romance.

In this novel, a squad of five detectives struggles through a wide variety of cases, routinely castigated by the irritable Lt. Granger. The police spend an inordinate amount of time tossing sophomoric nicknames and offensive barbs at one another like wet hacky sacks. To add to their general professional displeasure, Trooper Laura Delorange is foisted on them because of some pesky affirmative-action problem. She’s beautiful and smart, with a tragic past. A Vermonter by birth and a graduate of the Columbia Law School, she’s despised by most of the department and knows it, but she tries to ignore the hazing and do the best possible job she can. She’s initially partnered with Detective Steve Scolarzski, a temperamental man with an equally tragic past, because the lieutenant in charge can’t fathom any romantic sparks igniting between the two. Nonetheless, the two are desperately in love from the outset, but they’re both too damaged and insecure to act on their feelings. The case that gets the plot moving involves another beautiful, smart woman who’s also madly attracted to Detective Scolarzski. But this woman, Stephanie Orsini, is conniving, duplicitous and downright evil. In the prologue, she flees a parking lot to avoid someone, gunning her engine to 65 mph, risking life and limb, while screaming at her whimpering, terrified 4-year-old: “Stop it! You’re not a baby anymore!” The ensuing accident brings all the characters together, as Orsini’s life is scrutinized and numerous crimes are committed, suspected and investigated. Perhaps in an attempt to spice up this cluttered romantic suspense novel, everyone seems to be preoccupied with sex 24/7. In the squad room, constant dirty jokes and innuendo are neither unwelcome nor surprising. But all interviews with suspects and conversations with people involved in the case devolve into remarkably unprofessional, unrealistic flirting and attempts at seduction. Most notably, Orsini is unflatteringly portrayed as a sex addict, a condition that motivates much of the book’s action.

A confusing attempt to blend romance with a police procedural and a hint of mystery, which doesn’t offer a convincing narrative or credible characters.