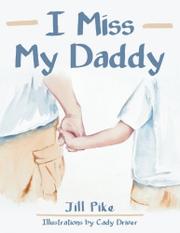 I MISS MY DADDY

An elementary school student struggles to cope with his father’s death in this debut picture book.

“I miss the way my daddy tickled me right before bedtime,” a boy recalls. On the page is a picture showing a very happy Caucasian family; the love in the illustration is palpable. The boy continues to remember building sandcastles with his father on the beach and curling up in his lap to watch TV, feeling protected. Now, the boy wears one of his father’s old T-shirts to sleep in, holding on to that safe feeling. When a new child moves in across the street, the boy lies and says his father travels for work. At school, he retaliates physically against a friend for a small offense, throws his lunch money and swears, and eventually gets sent to the principal’s office. In his narration, the boy shows an awareness that he knows his behavior is inappropriate, but he doesn’t seem to be able to stop himself, which rings true as a way that children—and adults—sometimes process grief. The boy knows his mother is unhappy, too; he hears her crying at night. When the boy’s mother takes him out for ice cream, they have a heart-to-heart talk: “It’s normal to feel sad and angry that Daddy is not here, but he would not want us to stay that way forever,” she says. Together, the boy and his mother create a memory book, and the youngster starts discovering ways to handle his sorrow with the help of his school counselor and a support group of kids whose dads are gone. Pike captures a voice that feels natural for a boy suddenly missing a very important figure in his life, and she crafts the relationship between the kid and his mother in a strong, sympathetic way. There is no easy dismissal of grief or instant soothing, but the book ends with the ways the boy has learned to reach out to his father and his memory and with the hope that healing will come. Though Driver’s realistic watercolor images are beautiful, they feature an exclusively Caucasian cast, which might limit the appeal for diverse communities.

An honest and raw text that should help children dealing with the loss of a parent.

UP IN HEAVEN
by Emma Chichester Clark
Children

IS GRANDPA IN HEAVEN FOREVER?
by Kate Mahrholz
Children