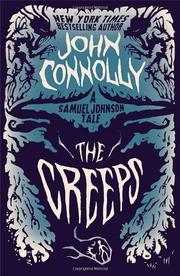 Connolly whisks readers back to the unsettling English village of Biddlecombe for another oddly entertaining adventure populated by hoards of demons, monsters, ghostly creatures and one valiant little boy with his small canine sidekick.

In this third installment in the Irish writer’s fanciful Samuel Johnson series (The Infernals, 2011, etc.), Connolly returns to the place where it all started: an English town with a decidedly strange propensity to attract weird, frightening and sometimes wonderful creatures. But Biddlecombe is more than simply a vortex for all things strange and occasionally inhospitable; it’s also the home of a young boy, Samuel Johnson, and his resourceful dachshund, Boswell. Samuel and Boswell have twice faced the worst that hell and the evil lord that presides there could devise. On their previous adventure, Samuel and Boswell came back with several new friends in tow, including four thieving dwarves, a couple of police officers, and a once-fearsome demon and his smelly but enterprising assistant. Now, it looks like both Samuel and the town are going to need all of the help they can muster, since evil has once again returned to haunt Biddlecombe. This time, it’s in the form of a group of bizarre and otherworldly creatures determined to turn the town into a memory. The action starts when someone notices the architecture that defines the town forms a pentagram. The late architect, who has been immortalized in a statue that disappears and reappears at will, and the architect’s crowning achievement, a building renovated and turned into a toy store, also figure into this tale of what happens when two small and insignificant creatures go up against the worst the universe can throw against them. Connolly’s storytelling skills never falter in this delightful follow-up to his two previous books in the series, where the footnotes are every bit as entertaining as the prose.

Connolly has perfected delivering clever, funny, offbeat tales that are guaranteed to delight both older and younger readers.

A BOOK OF BONES
by John Connolly
Fiction

THE WOMAN IN THE WOODS
by John Connolly
Fiction

HE
by John Connolly
Mystery

A GAME OF GHOSTS
by John Connolly
Mystery

A TIME OF TORMENT
by John Connolly
Sci-Fi

THE GATES
by John Connolly
Indie

MAKELESS MADE
by John Rosegrant
Fiction

THE INFERNALS
by John Connolly
Fiction