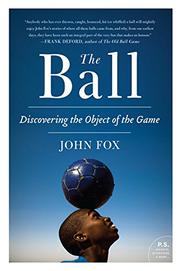 An anthropologist and freelance journalist debuts with a peripatetic analysis of our ball games—where they came from, how they evolved and why we love them.

Fox darts around the globe to show us the origins of our games. Locales include Ecuador, the Orkneys, France, Mexico, Onondaga, N.Y., Newbury and Springfield, Mass., and Ada, Ohio. In a mostly chronological fashion, the author reveals a variety of odd, amusing and even horrifying facts. Dolphins prefer balls to any other toys; Galen loved the popular Roman game of harpastum, a roughhouse contest; the Mayan game of ulama, a soccer-like competition with a much heavier ball advanced by hitting it with the hips, sometimes cost the losers their lives. In the Orkneys Fox witnessed a violent street game, the Kirkwall Ba’, that divides the town, as many as a hundred on a side, a contest that continues until a side wins. Bruises, blood, broken bones—all are part of the action. The author played the medieval game of indoor tennis, teaching us about the origins of tennis terms like “love.” He also explored the New World games of lacrosse, baseball, football and basketball. He dismisses legends (Abner Doubleday), confirms truths (James Naismith and basketball), participates as well as observes and teaches us how all sorts of balls were and are made. Occasionally, he speculates about the significance of it all—did our ability for language develop because we figured out how to throw? Sometimes he pontificates: “We play, therefore we are.” The accounts of the ancient games engage more than the recent ones.

The conclusions don’t surprise, but crackerjack reporting crackles throughout. 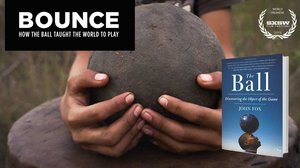 John Fox
author of THE BALL

During SXSW, we talked to the writer and director of Bounce. Check out the interview on Kirkus TV. View video >