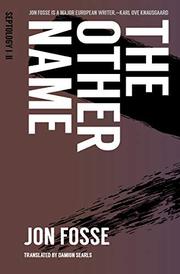 The first two sections of Norwegian novelist Fosse’s (Morning and Evening, 2015, etc.) 1,250-page “septology” on life in a disaffecting world.

Fosse is often mentioned as a leading contender for the Nobel Prize in literature. The present book has a fittingly Joycean sweep, opening in medias res with “And,” that establishes him as a contender. Asle is a painter who lives in the small coastal village of Dylgja. He is widowed and lonely, and painting doesn’t bring him much pleasure: “I think, it’s time to put it away, I don’t want to stand here at the easel any more, I don’t want to look at it any more, I think and I think today’s Monday and I think I have to put this picture away with the other ones I’m working on but am not done with.…” So Asle thinks, one onrushing thought spilling into and fueling another one, in a narrative that is almost unbroken except for occasional bits of dialogue. “When I paint it’s always as if I’m trying to paint away the pictures stuck inside me,” Asle reveals. But which Asle? There’s another one of him up the coast in the small city of Bjørgvin, where a gallery exhibits the work of the first Asle. The second is a true doppelgänger save that his life choices were different: He took the roads that the first Asle did not only to wind up in much the same place. Shivering, seemingly moribund, the second Asle is an object of pity and concern for the first, who steals glimpses of him from time to time. Along the way, Fosse, who shifts between first- and third-person narration, meditates on religion (especially Catholicism, a minority religion in Norway), art, the nature of life, and other weighty topics: “to tell the truth there’s not much that makes me happy any more,” the first Asle reveals, and we believe him. It’s a challenging read but an uncommonly rich one. Transit Books will publish the final two volumes of the book in 2021 and 2022.

A literary experiment that invites comparison to the modernists of a century ago, poetic and charged with meaning.

ALISS AT THE FIRE
by Jon Fosse
Fiction

THE INKBLOTS
by Damion Searls
Fiction

YOUNG ONCE
by Patrick Modiano
Fiction