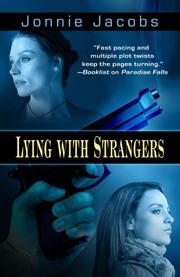 A journalist’s world unravels when her husband dies after being shot in a convenience-store holdup.

After a rocky start, Diana Walker seems to have hit her stride. Her job writing a twice-weekly newspaper column leaves her plenty of time with 7-year-old Jeremy. Her prickly daughter Emily, the child of Diana’s disastrous first marriage, is thriving at college. And her husband, Roy, is everything Emily’s father was not: steady, loving, devoted to the children and conscientious to a fault in his career as assistant district attorney. When Roy Walker is shot to death by a young thug, Diana is shocked and grief-stricken but also puzzled. How did her husband, who said he was playing golf in Oakland, end up in a corner store in a sketchy San Francisco neighborhood? In the meantime, the shooter sends his pregnant girlfriend to the Walkers’ home armed with Roy’s keys and instructions to steal anything they can sell. But in spite of 18 years bouncing from one foster home to another, Chloe Henderson has a strong sense of right and wrong. Not only does she leave the house without taking anything, she refuses Diana’s help when Jeremy runs into her with his bike. Chloe and Diana begin a fragile friendship that could implode at any moment if Diana learns who killed Roy. Chloe’s secrets, however, are dwarfed by Roy’s. Not only did he lie about his plans on the day of his death, but Diana learns that he managed to drain both their savings and brokerage accounts. Then she receives a call from Roy’s mother, supposedly long dead. Finally, a reporter from Littleton, Ga., where the remains of a teenager killed over 20 years ago have just been unearthed, brings the most startling news of all.

Jacobs (Paradise Falls, 2012, etc.) takes too long to bring her pot to a boil. Smart readers will solve this one long before the puzzled spouse or the pokier-than-ever police.

THE NEXT VICTIM
by Jonnie Jacobs
Fiction

THE ONLY SUSPECT
by Jonnie Jacobs
Fiction

WITNESS FOR THE DEFENSE
by Jonnie Jacobs

ECHOES OF THE DEAD
by Sally Spencer
Mystery

TO THE POWER OF THREE
by Laura Lippman
Mystery