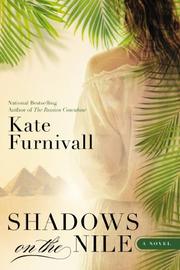 SHADOWS ON THE NILE

Little Jessie loves her brother Georgie, although her parents find him loathsome. Mentally disturbed and difficult to handle, Georgie is spirited out of the house in the middle of the night, and when Jessie awakens the next morning, she finds another blond, blue-eyed cherub in his bed. Her mother and father introduce him as her new brother, Tim. Jessie is adamant that she wants Georgie back, but Tim, who is even stuck wearing Georgie’s left-behind clothes, grows on her; despite the fact that Jessie never forgets or gets over losing Georgie, she dotes on Tim and they grow close. When Tim, an archaeologist specializing in Egyptian relics, disappears following a mysterious séance, Jessie is determined to follow the clues she believes Tim left her, all derived from the Sherlock Holmes mysteries she used to read to him when they were children. Along the way, she meets a handsome, struggling nobleman of little means who is trying to hold onto his family’s ancestral home, a batty older woman traveling alone, a shifty doctor and a poor Egyptian boy. Jessie and the nobleman, Monty, follow the trail from 1932 London to Cairo and on to Luxor, where they find a complex conspiracy and a surprise awaiting them. Furnivall, beloved by her fans for her romantic historical thrillers, has written a book her followers will like, but the thinly constructed plot barely holds together, especially where the relationship between the two brothers is concerned.

Furnivall populates her book with memorable characters, but the story’s just so-so.