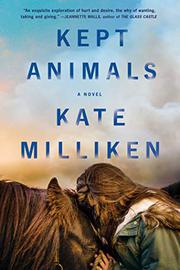 A toddler’s death and a vast wildfire bracket a coming-of-age story set at a horse ranch in Topanga Canyon in the summer of 1993.

Rory Ramos is 15 the year her alcoholic stepfather, Gus, is responsible for the car accident that kills Charlie Price. Charlie is the 19-month-old son of a movie star and his wife, the only sibling of their beautiful, troubled teenage daughter, Vivian. Rory has enjoyed spying on this family from her bedroom window, which perches above their spread in the canyon, but the night of the accident she was busy getting bitched out by her shrewish barmaid mother. Rory and Gus are both employed at Leaning Rock Ranch, locus of much of the action and a slew of other characters, including wealthy teenage twins June and Wade Fisk. June is out as a lesbian, and her attentions to Rory will help the latter realize she’s in love with Vivian. While Vivian is dating the racist, classist pig Wade, she is also happy to toy with Rory as well as her former AP English teacher. In addition to being an accomplished horsewoman, Rory is a promising photographer—“I can’t teach this” says her photo teacher in admiration—and in fact she will grow up to become a war correspondent, as we learn in a second narrative line set in 2015, narrated by her daughter. If this sounds complicated, it is, and this is not the half of it. Milliken writes well about horses, photography, Southern California, taxidermy, lifestyles of the rich and famous, and more—if only she had chosen a subset of these topics.

This gifted author has packed enough material for at least two books into her debut.