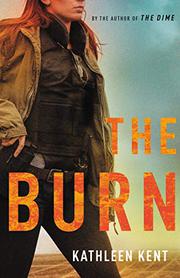 Dallas detective Betty Rhyzyk is back in action and looking to take down a brutal cartel assassin responsible for several murders in Kent’s (The Dime, 2019, etc.) modern noir.

Several months after she was rescued from torture and imprisonment at the hands of Evangeline Roy and her ring of meth dealers, Betty has begun healing, though her inability to run off stress because of an injured leg, coupled with her denial of her post-traumatic fears, is driving her girlfriend, Jackie, crazy. She returns to active duty as a narcotics detective, but following some bad decisions, she’s quickly relegated to a desk by her sergeant, Marshall Maclin. The narcotics division is busy tracking down a man known as El Cuchillo (The Knife), the leader of the Sinaloa cartel's particularly brutal security force, but when local drug dealers begin turning up dead, Betty becomes concerned by rumors that the true killer might not be El Cuchillo but rather a cop with a score to settle. Though she doesn’t want to admit it, her secret suspicions fall on her partner, Seth, who has been keeping company with known dealers, stealing crime scene evidence, and exhibiting signs of addiction. With the help of some unorthodox investigators, including a homeless pregnant girl and Jackie’s Vietnam vet uncle, Betty sets out to track down a confidential informant who may be able to identify the cop involved—heading straight back into danger. In this second outing for Detective Rhyzyk, the action is all a little closer to home, and Kent continues to reinvent and subvert traditional noir expectations with the larger-than-life, damaged, courageous Betty. Like many a noir detective before her, she is constantly running into the wall of her own vulnerability, wounded just as much by her own stubborn code of loyalty as she is by those attacking her. 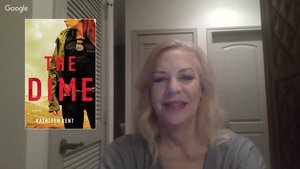 Kathleen Kent
author of THE DIME

Dallas, Texas is not for the faint of heart. Good thing for Betty Rhyzyk she's from a family of take-no-prisoners Brooklyn police detectives. But in Kathleen Kent’s new novel The Dime, her Big Apple wisdom will only get her so far when she relocates to The Big D, where Mexican drug cartels and cult leaders, deadbeat skells and society wives all battle for sunbaked turf. Betty is as tough as the best of them, but she's deeply shaken when her first investigation goes sideways. Battling a group of unruly subordinates, a persistent stalker, a formidable criminal organization, and an unsupportive girlfriend, the unbreakable Detective Betty Rhyzyk may be reaching her limit. “Violent, sexy, and completely absorbing,” our critic writes in a starred review. “Kent's detective is Sam Spade reincarnated—as a brilliant, modern woman.” View video >

THE DIME
by Kathleen Kent
Fiction

THE OUTCASTS
by Kathleen Kent
Fiction

THE WOLVES OF ANDOVER
by Kathleen Kent
Fiction

THE HERETIC’S DAUGHTER
by Kathleen Kent

THE LONG AND FARAWAY GONE
by Lou Berney
Newsletter sign-up