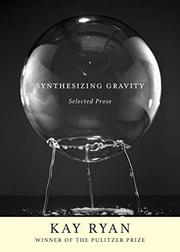 The Pulitzer Prize–winning former U.S. poet laureate considers her craft and inspirations with a smirk and the occasional dash of snark.

The essays and reviews in Ryan’s (Erratic Facts, 2015, etc.) first prose collection reveal a careful poet who’s also careful not to take her job too seriously. Quite often, she responds with bemusement—if not outright laughter—at the confusions and ironies in work she admires, laughter being “one of the body’s natural responses to shock.” Marianne Moore’s abstracted verse is “at once ridiculous and immensely cheering”; Wallace Stevens’ poems “have a hilarity that isn’t funny, a joie without the vivre”; Annie Dillard is “hilarious...the terrible child experimenting upon the innocent parental flesh.” Reading the puckish Stevie Smith, Ryan declares, “it gives me so much hope, to see language get pantsed.” None of which is to say that the author is dismissive of understanding poetry in sophisticated ways; the book is rich in close readings of works by Smith, Robert Frost, Emily Dickinson, and Philip Larkin. Plus, her choices of metaphor are delicious: Moore’s inscrutable lines land “in one’s lap like inedible melons,” and she herself is a “pig for pleasure.” However, she also cultivates a sensibility of not wanting to delve too deeply into poems lest their magic be spoiled. That’s reasonable, up to the point where she takes it out on other writers, from a gentle chastisement of those who keep notebooks to a more aggressive field report from a writers’ conference, in which she felt an “abstract contempt for everyone in attendance.” Ryan’s love of poetry is palpable and intense, but she approaches writing about it as if it were, well, a bit of a joke. When it comes to poetry, she writes that “in order to listen we must be a little bit relieved of the intention to understand.”

An impassioned, sometimes prickly tribute to the poet’s art.