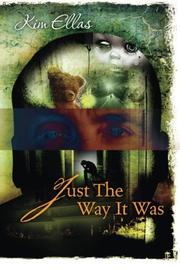 Just The Way It Was

A frank, true-life tale of the horrors of child abuse and the lifelong consequences of parental neglect.

Born in the mid-1960s to free-spirited teen Anita, Ellas had a chaotic, troubled childhood. The family (including his sister, Lisa, and a rotating cast of friends and romances) was rootless, and Anita’s drug addiction and poor choices in men meant abuse—physical, sexual and emotional. Eventually, the authorities stepped in, and Ellas was plucked from one hell only to be thrown into another, as a depressing succession of foster and group homes inflicted their own traumas. Adulthood got off to a promising start with a stint in the Marines, but the abuse still haunted him. His relationships with women were dysfunctional, and he succumbed to alcoholism. Only with intense therapy was he able to begin the difficult—and ongoing—healing process. In his first book, Ellas relies on a straightforward recitation of facts to tell his story, rendering details from his childhood with painful clarity: “He jumped up and planted his foot squarely in my chest, kicking me. I remember leaving the ground as his energy launched me into the air backward.” Given his horrific childhood, his indulgence in some self-pity would be forgivable, but there’s little of that here, even though the anger Ellas continues to feel is a constant undercurrent. At the same time, however, there’s a sense that Ellas is eliding some of the more difficult moments from his adult life. The mother of his children accuses him of assault, but he dismisses the incident as “an intense argument that I barely remember.” And his own children are virtually absent from the book, leaving readers to speculate as to how Ellas’ experiences might have colored his approach to fatherhood. Still, he makes no attempt to force his story into a stale triumph-over-adversity narrative. Ellas makes it clear that the abuse marked him for life, and while he’s managed to quit drinking and has made progress in therapy, he will “always be a work in progress.”

A brutally, admirably honest memoir that won’t fail to shock.

THE BOYS OF THE DARK
by Robin Gaby Fisher
Children