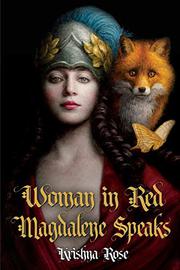 A debut novel focuses on Mary Magdalene and the hidden history of Christianity.

Rose’s big, ambitious book takes the familiar elements of the Jesus story as found in the New Testament, shifts and transforms them, and then extrapolates an intricate next chapter to that narrative. The center of the tale is Mary Magdalene (called the Magdalene), a recurring character in the four Gospels. The novel opens with the Magdalene at the foot of the cross, watching her husband, Jesus (here named “Jesu”), die at the hands of the Romans. Suddenly, she finds herself “a wife without a husband, a disciple without a master,” adrift in a world without the man she and all of his followers consider the Messiah. Joseph of Arimathea orders the body taken down and entombed. He reveals to the Magdalene that he secretly drugged the crucified Jesu—and now he hopes she can revive him. When she fails, Joseph and some allies remove the body from the tomb to prevent the Jewish authorities from parading the corpse to dispel the public perception of Jesu as a supernatural being. Joseph convinces Mary to tell Jesu’s disciples that he rose from the dead (“To declare Jesu as the resurrected prince of peace, in spirit, would indeed pave the way for remarkable change,” she thinks, “as well as the betterment of society at large”). But soon she learns he actually did survive, although he is severely weakened. The two leave Judea, and the vivid narrative follows the Magdalene to Western Europe and Jesu to India, with increasingly lengthy philosophical and religious digressions along the way. Millions of The Da Vinci Code readers will feel right at home in the world Rose creates, a realm in which Mary Magdalene is a key religious figure and has children with a very human Jesus, who survives his Crucifixion. The author handles it all with skill and confidence, despite occasional minor missteps (somebody is “muttering something illegible,” for instance). The tale of Jesu and the Magdalene’s subsequent adventures is made into page-turning reading.

An idea-filled and richly atmospheric elaboration on the story of Jesus and Mary Magdalene.