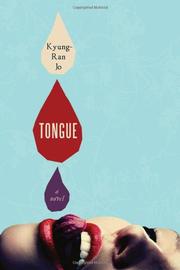 As narrator Jung Ji-won quickly informs us, the plot is anti-Romantic. Instead of two characters meeting and falling in love, the story begins with the collapse of a relationship. Ji-won and her long-term architect boyfriend have split, because he has taken up with the lovely Lee Se-yeon, a former model. In an understandable funk, Ji-won closes the cooking school she’d been running out of her home and takes refuge in the sous-chef position she’d formerly had at Nove, an Italian restaurant in Seoul. Her tenure had given her several opportunities to travel to Italy, where she “learned how to pair foie gras with baked apple in Tuscany, how to make gelato in Bologna, and assembled pizza margherita in Napoli.” As Ji-won slowly begins to rehabilitate herself, food becomes her passion, her escape and, ultimately, her revenge. The separation from her lover is a messy one, however. She gets their dog, Paulie, while her boyfriend basks in the sensual delights of Se-yeon. On the other hand, Ji-won makes abundantly clear the sensual connection between food and love: “The person you can eat with is also the person you can have sex with, and the person you can have sex with is the person you can eat with. That’s why dates always start with a meal.” While Ji-won is not pleased with having caught her boyfriend in flagrante delicto, what really puts the icing on the proverbial cake is Se-yeon’s decision to teach cooking classes. Not only is Se-yeon, as Ji-won acidly notes, “the woman who couldn’t differentiate between parsley and mugwort last fall,” she’s giving those classes in the “perfect” kitchen the boyfriend originally designed for Ji-won. But chefs have subtle ways of extracting their pound of flesh.

THE BOY WHO ESCAPED PARADISE
by J.M. Lee
Newsletter sign-up